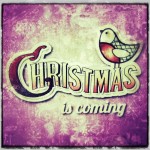 Ok so it’s just over two months until Christmas 2012. I realise that Christmas may not be a particularly merry time for some, in which case this blog may not be for you, but we love Christmas in our house.

So much so that the festivities have already begun. True, the decorations may get us a few frowns from the neighbours at this early stage of the festive build-up. But it may not surprise you to know I have already had a dummy-run for putting up the Christmas tree.

Well actually, not the tree itself. More the thing that goes around the bottom. For all my life, I’ve wanted a train around the bottom of my Christmas tree. For one reason or another, it never really worked out… until last year…

Last year I was able to put a Santa’s Sleigh around the bottom from a kind donor. Problem was, it not longer worked, so the motionless sleigh-on-track sat stationary around the bottom of the tree last year. Festive, but not ideal. So this year I had to top it.

So throughout 2012, I have been gearing up for an ultimate experience around the bottom of the Christmas tree. I had huge ambitions. I wanted a Lego Train.

One of my other life-long passions has been to get a Lego Train. So when Lego released the Toy Story steam train last year, it went un-noticed that it would actually fit the Lego Track.

After Lego stopped producing the Toy Story series, it suddenly dawned on me- that would make the perfect tree-based-train!!

So thanks to eBay, I was able to obtain a discounted Toy Story train and also some Lego track. The scene was set. Problem was, that was July.

Since then, thanks to Lego Minifigures series 8, a new Lego Santa was released. And since my shame in the Lego shop has long-since left, I spent about 20 minutes feeling the packets to get an extra Santa for the train. Job done. No longer a Toy Story train, no a Christmas-Mobile.

So, awaiting the festive season, it sat in my office until the tree went up. But last weekend, I could wait no longer. It was time for a dummy run.

So there is no tree yet, that will come later, but to test it all fits and works, here is the fun that took place in my living room last Saturday. 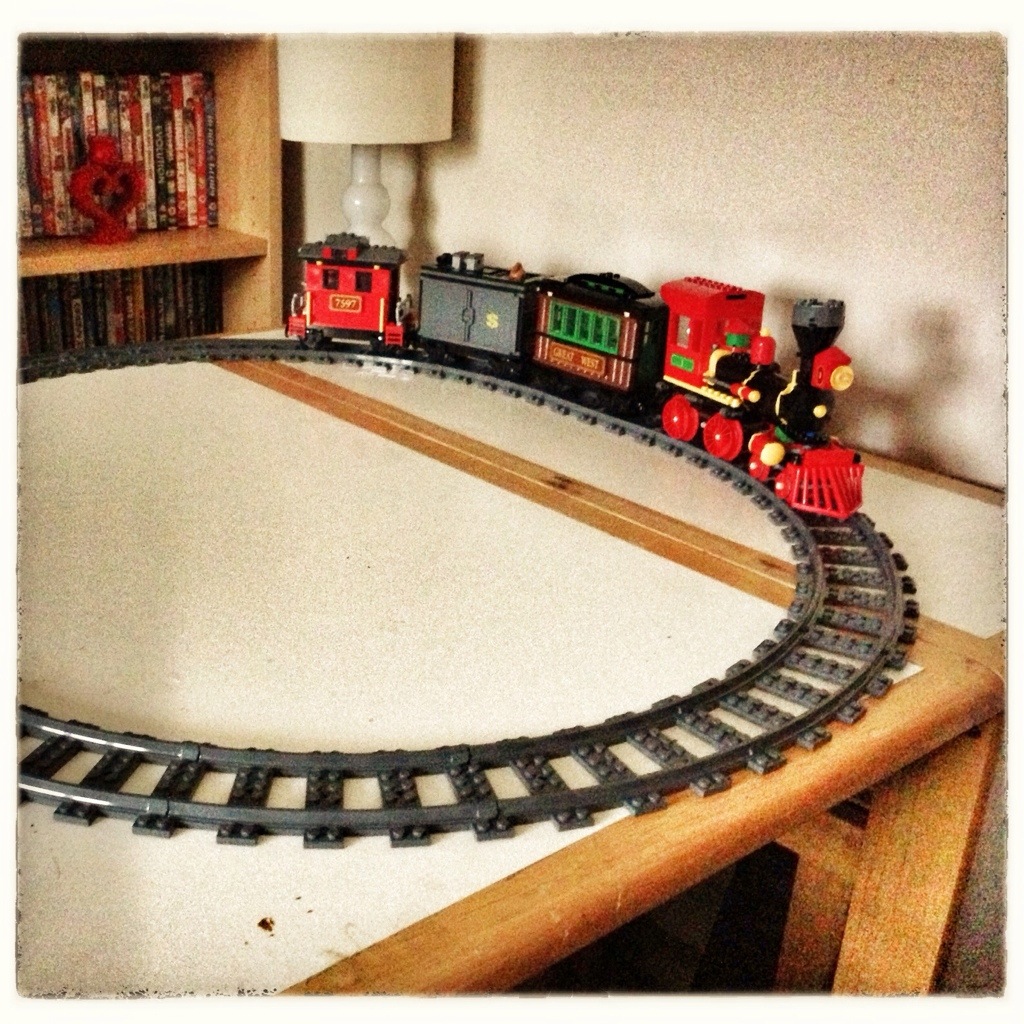 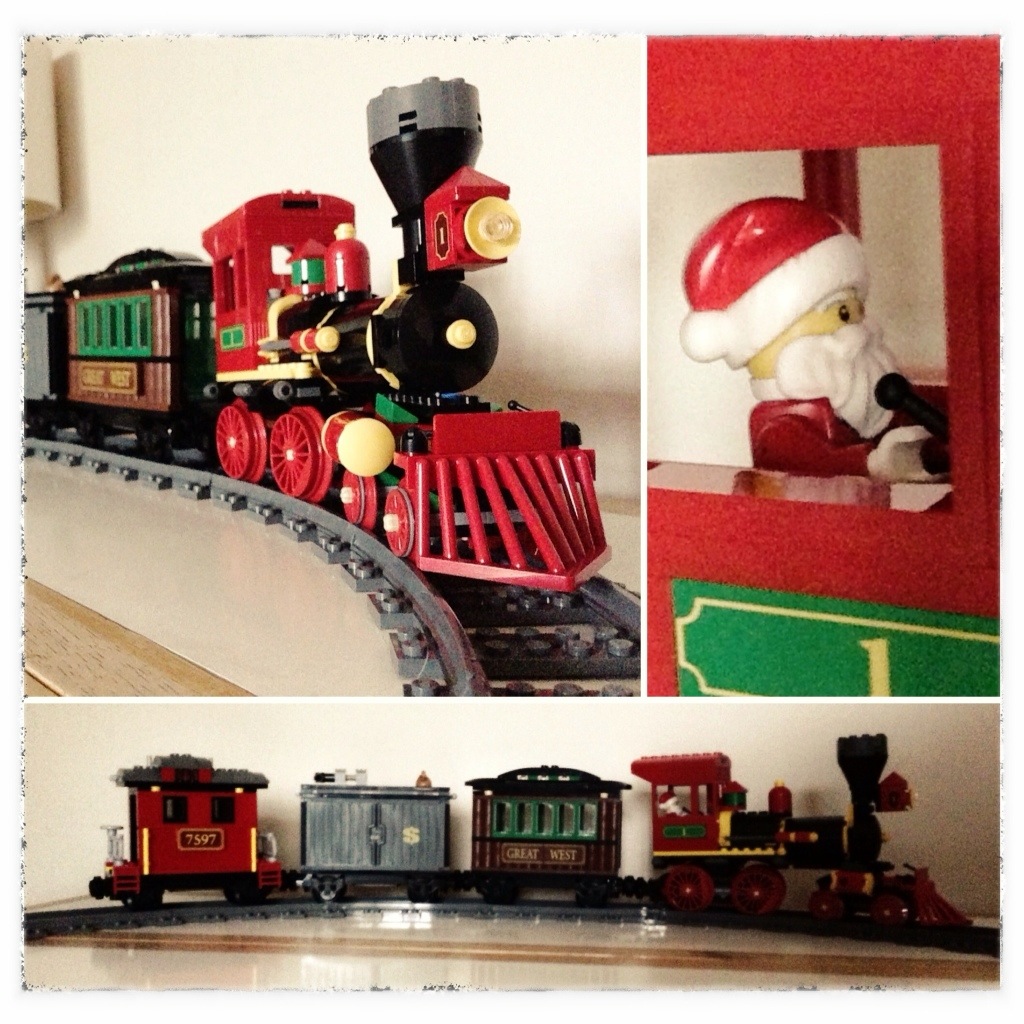