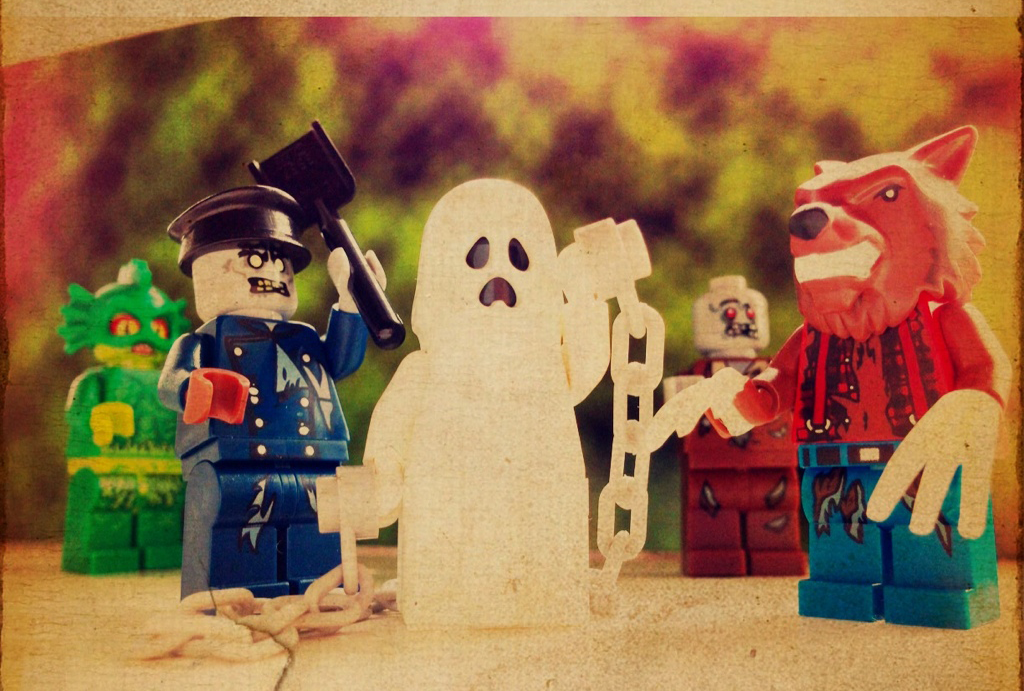 For those of your who haven’t noticed the orange-and-black-themed everything of late, it’s Halloween tomorrow. Comes around fast every year – the way I see it is: it goes Back to School, Halloween, Fireworks, Christmas. So we’re well onto the path to the best season of the year. But I thought I’d add a little extra to the blogmix by talking about Halloween.

It seems as though it’s become a far more popular over the last few years – the shops treating (excuse the pun) it as a major holiday. In my books, until it’s a bank holiday – it’s not a real holiday. Exception being my January birthday. Obviously. But with the growing popularity of Halloween, it seems as though the Police and Newspapers have stopped issuing those signs that read “Sorry, no trick or treat” to put on the door. Frankly, I really appreciated those annual little signs and am disappointed that places are too scared to put them out there now. It’s probably Tesco paying off the council so that everyone has to stock up on tons more sweets…

Hey, look, I’m not branding Halloween as a “bad” event or even as something I don’t believe in. Sure, by way of summarising my life, I am wholly and completely a follower of Jesus. And I know the church and Halloween haven’t had the best of relationships in the past – but that isn’t where this is coming from. I mean, I collect the Monster Fighters Lego (as so proudly illustrated) and tonight I’m carving pumpkins. But there are a few major things I’m not so keen on.

The first one is dressing up in mental costumes. I mean Batman is all very well, but a zombie – really? You trying to give kids heart attacks? Which leads me to my main point – I majorly have a problem with random kids knocking on my door demanding food from me – else they’ll egg the house. Innocent kids with their parents are one thing, and I can kinda excuse that – but for the last few years, I’ve been faced with 16-year-olds dressed as what can only be described as chavs with masks on. Sorry guys, but a hoody and a mask does not constitute a Halloween costume (and certainly doesn’t merit free give-aways). When there’s five of them outside your house, they may as well be saying “give ‘us all your money – and your 32″ Sony”. I mean come on, this is normal now?

Firstly, I value my food, family, house and life.
Secondly, they’re carrying buckets full of spoils taken from other mr poor unwary neighbours, and they are still asking for more? Seriously??
And thirdly, a knock on the door every five minutes will drive to dog (and his parents!!) crazy all night.

In all seriousness though – there are some people who are literally terrified of Halloween. Think of the frail and elderly that will have a horrible night tomorrow. I just think that side of Halloween should be taken into account before we all go telling our kids to demand sweets from strangers. With that in mind, I have dug out some signs that I found online for people to put on their doors in the case of “no trick or treat”.

From the Argus | Home-made

I’m with the old people on this one, No trick or treat tomorrow kids. Go get a paper-round and buy your own sweets.

Disclaimer: if there actually was a starving kid on the door, I would obviously give them food. But I’m not talking about those. I’m more referring to fat chavs that are looking for free stuff from people who actually earned their wages rather than demanding it off other people’s doorsteps. Rant over, a more positive blog entry next time- honest 🙂