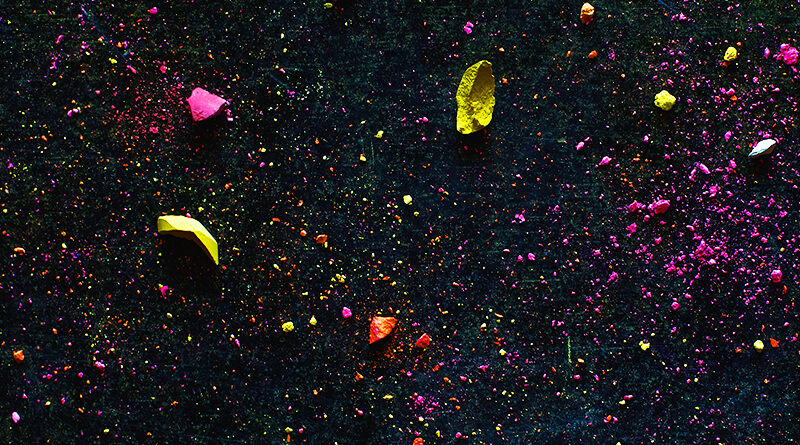 I am maddeningly inconsistent in many things. Writing posts, responding to messages and also in my desire for perfection. In fact, if I’m honest, it’s rare that my perfectionism actually shines through. I’m more of a ‘get the task done, so it’s done’ sort of person. But the switching back and fourth makes me a little bit more sympathetic to those who are firmly fixed in either camp.

To those perfectionists; your results are almost always breathtaking. To those who want to just get it done; your speed is often a lifesaver. But, as we all know, some tasks don’t translate for perfectionism – however much we wish they would.

Moral compasses and personal convictions are fantastic, but the brutal reality of it is that we all fail. To think we don’t is fickle and sets us up for bigger failures. To fall short of perfection is human. It’s so dangerous when we assume that those we put on pedestals are perfect, it’s unfair on them and unfair on us. But even more so it’s unfair when we try to live up to perfection in our own strength.

Through my many failings, when things go sideways, I’ve observed that I react in one of three ways. I’m overgeneralising, but humour me.

1. I’ll deny the failing. Either literally (and audibly!) or emotionally but digging it so far in the back on my mind I “forget” it’s there.

2. I’ll accept the failing, learn from it and move on. Truth is, I do this at an embarrassingly infrequent rate.

The perfectionist inside would tell me the second solution is the best (and sometimes I’d secretly admit to the first option also). After all, staying strong in the face of my own adversity and building it into my ego sounds a lot like perfection to me.

But the older I get and the more failings I rack up, the more I have realised that the third option actually paves the way for the best turnaround. We’ve all been led to believe that broken is bad and that we need to fix ourselves as quickly as possible. And it’s understandable; the battles that truly shake our foundations are rarely simply ‘bad hair days’. They’re often painful, unfair or regrettable, seemingly unending and soul crushing seasons that seem purposed only to grind us to breaking point.

Sometimes, well after the fact, I’ll be mentally sitting in a pile of shattered remains of something that I thought I had fully under control. But that’s exactly the problem. If I ever think I have my life together and that I’ve worked it all out – I’m so much further from perfection than I am when I’m shattered into pieces.

They used to say ‘pride comes before a fall’; for me I’ve found that fall cleanses the pride of thinking I have it all together.

I don’t believe we were made to make it on our own. I think our best efforts and energy, our holding-it-together and our facades of perfection are exactly what stop us from ever reaching new heights. I don’t believe we’re created that strong. When I fail, when I break and it all falls apart – that voice I hear inside, the one I talk to every morning, gets louder. Not with answers, not with solutions, not with requirements or even judgement. Because that voice is not mine. It’s not broken like I am, but it works with my brokenness from the first second I let it all go. And sometimes brokenness is the only way I let it all go.

That voice speaks an incomparable and unconditional sense of love and grace amongst the broken pieces. The pieces come back together. Not always immediately, but stronger and more perfect than I had achieved before. They assemble free of the pressure and pride that I had needed previously when I tried my own strength. Instead of regret and brokenness, I’m found feeling so grateful for the pieces I have and for the fact that it’s no longer my burden to carry.

The last few years have had their ups and downs. And it’s amazing how quickly I forget that just because it now seems that I have it all together, pride creeps in. Call it self-worth, call it positive identity or call it independence – in reality it’s just pride. And pride opens up the cracks that invite chaos. So it’s only time before things start to crumble.

I had a few things to battle this week. A new venture that sprouted out of the carnage of the last few years. It brought with it new passion and new vision. I felt so alive in it. But my worth suddenly shifted into it. You see, the venture was a blessing – perhaps a taste of the future. But I needed to be reminded it’s not my identity, nor is it (in itself) the dependance of my joy.

In a split second, the venture broke down. It hit me hard. But after a few minutes or letting it sink in I gained perspective. And while normally I would sit in a pit of despair for a few days, I realised I had grown over the last three years. Brokenness is actually the platform for new, better things when I trust in the restorer. I don’t think it’s coincidental timing that it was just before Easter, but it even more solidified the focus I needed. I was broken because I was starting to build my life around my new successful venture and not around the provider of this (and so many other) blessings.

Culture can call me crazy. The bald man walking to dog, talking to himself in the mornings. But satisfying culture is not something a broken man can afford. So let me be clear. On my hardest days; in my most broken states – I am more dependant on the One who took all my failings onto Himself. I talk it out with Jesus. When I understand. When I don’t. When I’m broken. When I’m mending. And in that exact exchange; I am made more whole than I originally was.

What Jesus achieved several thousand years ago took the broken: Past, Present and Future and turned them into beautiful. His body was broken, so ours could be put together again. One moment in time that could eternally bring healing for all humanity.

While life says that all the pieces from a broken vessel can only add up to the same as the original, I say the actually afterwards the restored vessel is something more. Beautiful and stronger than ever before because of the one who brought it back together. The architect who brought perfection out of brokenness: Jesus.