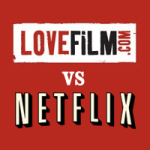 After the sad farewell to our cineworld unlimited cards this month, we were able to save money and still open an online rental account. The question was which one. I had Googled and researched long before I took any account for either Netflix or Lovefilm, but in reality, the only real way to knowing the best one was to test them. Considered they both offered free 30 days trail – that’s what I did.

In the spirit of fairness, I wanted to give each of the services a good chance. So I signed up for (the only service on) NETFLIX and the most popular service on LOVEFILM, which included “unlimited” streaming along with up to two disks postal rental. Both for 30 days trail. At the end of the 30 days, unless I’m convinced, I will just be putting £10 a month aside for iTunes purchases.

First impressions mean a lot with technology, and having never subscribed to one of these online streaming services, I was quite excited. Unfortunately, my excitement was dampened on both counts after I’d registered. This is a KEY point I must stress. You can’t use LOVEFILM straight away and NETFLIX uses Microsoft Silverlight for desktop computers. And they weren’t the only limitations.

Let’s start with LoveFilm. I signed up at about 8pm, just as I wanted to watch some 24 through my internet-ready blu-ray player. All good, thought I’d sign up. Got the welcome email and I thought I was good to go. Not so much. Before you can watch or rent anything, you need to wait for a confirmation email. At 8:19 on Day 2, I’m still waiting for the email. LOVEFILM is not off to a good start.

Then, after the fail of LOVEFILM, I thought I’d start my NETFLIX trial. I did so on my computer. The sign up was a lot simpler than LOVEFILM and resulted in me being able to watch TV and Film straight away on my iPad, iPhone, Apple TV – but not my computer. Here was the catch, you have to install Microsoft Silverlight. Oh please. Come on guys, this is 2012, Flash is long gone and Silverlight never even took off. Where for art thou HTML5? That said, aside from my stubburness to install Silverlight – it works brilliantly on everything else. Especially Apple TV, which literally makes it look amazing.

Selection is everything. And even though I STILL can’t watch anything on LOVEFILM, I can see what they have to offer. At least I should be able to. Both the Sony Blu-Ray player app and the iOS apps are pretty shocking to be honest. The navigation is complicated and unreliable. Things I can find on the Blu-Ray player, I can’t find on the app and to find anything on the website browser is a mission and a half. TV shows are listed as individual episodes, which means you need to scroll through each and every 24 episode before you can see the Prison Break episodes. Frankly, poorly done. I logged into LOVEFILM, and was desperately trying to think of something I wanted to watch, but couldn’t really think of anything based on the selection that I could see.

On NETFLIX, it just makes a lot more sense. TV shows are categorised by show and series, while films are very easily findable. It is, by far, a better system. Having tried to find out the kind of selection that I would be offered before signing up, I have to say that NETFLIX don’t do themselves any justice by the “preview” web page that “showcases” their films and TV Shows. There are a LOT more. LOT LOT LOT more. And unlike LOVEFILM, NETFLIX is exclusively focused on providing online streaming – whereas LOVEFILM have the split interest of sending out disks. I logged into NETFLIX and was instantly filled with – “oh yeah, I wanted to see that…. and that…. and that….”

So far, I have to say NETFLIX has the edge.

OK so at 10am yesterday, I finally got access to LOVEFILM. The problem I have, is that I’m already acustomed to the NETFLIX way of doing things. I started watching Arrested Development (US TV Show that I’ve been meaning to watch for a long time). What’s really cool, is that NETFLIX allows you to keep a record of exactly what you watched on a TV series by cool little progress bars along the simple navigation. It also asks if you want to watch the next episode at the end (but that may just be the XBOX app version).

In order to do this test justice, I logged onto my computer to watch an episode of something on LOVEFILM to compare. The only problem is, that too needs Silverlight. Revelation: they both have weak desktop presence. But since they both have the problem, it cancels out the only problem I had with NETFLIX.

Ok, well lets look at the main advantage of LOVEFILM, the disks by post. Gotta be honest, a simple tutorial would have been useful. So I’ve added stuff to my wish list. Now what? I think I have to wait for them to turn up on my doorstep – but I can’t be sure as I haven’t been told anywhere. That said, once I figure it out, surely this will help LOVEFILM get back into the game. But on ratio of usage NETFLIX 90% LOVEFILM 10%.

Both subscriptions are now kicking in. According to my LOVEFILM account, the first two disks are now in the post. I’ve tried streaming through both now too. I’m very surprised to see the volume of online reviews swaying in the favour of LOVEFILM’s online streaming though. I can only put it down to taste. That and the fact that LOVEFILM offers a healthy commission…

I’m now onto my third round of postal rentals with LOVEFILM, and I’m starting to see the appeal. Having rented a season of The Big Bang Theory and a number of films, I can see how people appreciate LOVEFILM. As for the online rentals at LOVEFILM, I’m starting to see some average film titles now and so I think I’m starting to formulate my theory for which subscription to choose. Meanwhile, my NETFLIX, account has seen far more action than my LOVEFILM streaming and postal rentals combined. Why? Partly, it’s more convenient to stream than rentals and partly, the interface for NETFLIX, still wins. My AppleTV has a NETFLIX app, it doesn’t have a LOVEFILM one. My iPad NETFLIX app works and syncs to my AppleTV, PC, Xbox and iPhone apps, some can pick up where I left off. While the LOVEFILM online service has barely got connectivity, while all the apps are fragile at best – its just an easier and nicer experience to watch NETFLIX. 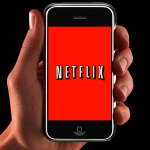 Now having a lot more experience with both – I am very nearly convinced of LOVEFILM’s system – exactly when their system crashed. I lost 4 days worth of postal renting (and would-be online watching, if I had actually been using their service). But to be fair, they did compensate me with £4 credited to my account. But if I can expect this sort of thing regularly, that could be annoying.

The other thing worth noting is that the LOVEFILM apps have been deleted from my phone and tablet for a good few days now. Even though I still have access to the service, they both are wayyyyyy too buggy. The online streaming app is incapable of finding whatever you are looking for, while the app that manages your disks freezes the moment you try to achieve anything. Both terrible. The Netflix app, however if used daily either on my phone, tablet or AppleTV.

LOVEFILM have sent me a free £10 voucher for signing up. The voucher can be used a whole bunch of high-street stores. That’s very nice of them. But I can’t let that be the decider. It’s worth doing the trial though, to get these!

Nearly at the end now and I’m torn. The LOVEFILM packages are very annoyingly arranged. If it were possible to just get unlimited disks without the unlimited online service, I would do that and keep NETFLIX. The trouble is, that in order to get unlimited disks, you have to pay for the online service too. In short, LOVEFILM offers a good disk service (which is useful) and a terrible online service, whereas NETFLIX offers a really good online service but doesn’t send out disks. Ah the dilema! But in terms of being objective, the solution here is to work out what you would use the most. Do you plan you night-in’s earlier than two days in advance? If so, LOVEFILM may be for you. If you are a “watch what you fancy in the moment” person, it would have to be NETFLIX.

Ok it’s been 30 days, what is my conclusion? Well, the truth is that it depends on you preference. For me and my house, we love streaming TV box sets and watching films on our AppleTV box. This is best found in the NETFLIX service. That said, if you don’t watch many TV shows and only want to stream films, LOVEFILM may be better. It sort of depends on if you can put up with a poor menu system. If the price is a factor here, NETFLIX streaming is the same as LOVEFILM at £4.99 (even though NETFLIX strangely advertise their product as £6 on TV?). My vote here is NETFLIX.

But what about postal rentals? It’s true, if you watch a lot of films and TV shows – especially releases that are recent, the only real way of watching them is be renting them. Since NETFLIX doesn’t offer this service, it’s more a case of which package to choose from LOVEFILM, if you are going down this route. If you want unlimited disks, which I think you would if you are going down this route, there are a few options. All include the online streaming (perhaps countering NETFLIX), so it’s more a case of working out how many disks you want at a time and then how many a month. For unlimited disks: 1, 2 or 3 at a time: £7.99, £9.99 or £13.27. It’s tricky. They claim the most popular is the two disk option at £9.99. I can see why. Send off one disk while you watch another for the sake of 50p per week. So here I what I ended up doing, I have continued this service for now. If I don’t rent more than a certain number in a given month, I will downgrade the account accordingly. The one thing I will note is that NETFLIX in the USA do ship disks – so if that happens here, I would swap over to be completely NETFLIX in a second.

So in short, one is not better than the other, it’s a case of matching the services to your needs.
A pain, it’s true, but that’s just the way the cookie crumbles.