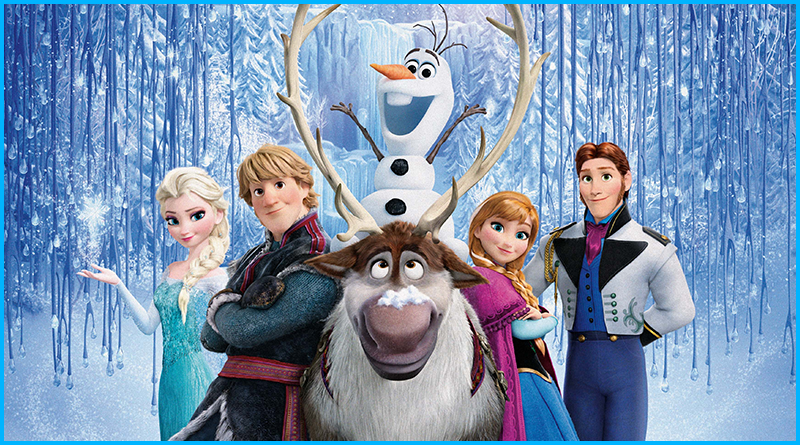 This post will, as the name suggests, start and end with a reference to the ever-growing regularity in my life of Frozen (the Disney movie). As a father of two girls now, barely a day goes by where I haven’t seen, heard or had to play with characters from the film. But that’s ok with me.

Perhaps my children may have the holy grail when it comes to a Father interested in kids movies’. It’s no secret that my favourite movie of all time is The Lion King. My DVD collection weighs heavily on the animated side and my repertoire of movie quotes consist mainly of the humorous animated sidekicks from Disney films….

Films that are sometimes overplayed (Frozen sadly hits the spotlight here) are often in the firing line from film ‘critics’, artsy-artsy types and boring adults. But I’m here to say: all your fussing? Let it go. We all know that the kid inside all of us need these films to make us feel good about ourselves and the life we live. From the toddler cuddling an Olaf toy all the way through to a 30-something-year-old reciting Lion King scripts on a depressing day.

Take, for instance, Big Hero 6 – a fantastic Disney film released not long after my first child was born. In fact, our first night away from our baby, where we could have done anything, was to go and see this film. Not because it was convenient timing or ‘the only thing that was on’. We (I) was actually desperate to see this film. But this masterpiece is overlooked by people who think thy know ‘film’.

Why the modern adult isn’t ‘supposed’ to enjoy kids movies is a joke. It comes back to the illusion of level-headedness. I’m not talking about throwing logic out of the window, but I am talking about allowing our minds to wonder into awe. From a young age, we are encouraged to recognise fact from fiction, which has its major drawbacks. The art of dreaming and believing is slowly drawn like life-blood from dying corpse. By the time we reach later life, we are often immune to true wonder and belief in the unproven leaving us cynical and inflexible.

It’s a personality trait that I’m not foreign to me. My negative nature is often a lot louder than my positive. But one area where this isn’t the case, is my imagination – that and my belief in the fantastic.

That’s not the only reason I love Disney movies, but it sure-as-anything is a good little reminder of why they are so great. I’ve heard people slate them for any number of reasons, but perhaps the ability to have a little belief in fantasy is a good enough reason to give these masterpieces a bit of credit. So, in true Elsa style – let go of the negatives. Disney rocks in my books.