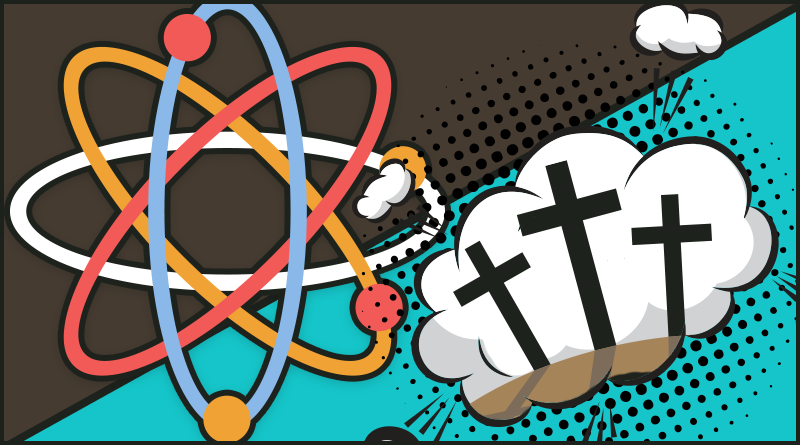 But there is is an overwhelming emphasis in the media to discredit everything that can’t be scientifically proven. And that doesn’t sit right with me. Science can prove science. Science can’t prove something that isn’t confined to its laws…

I recently heard that Bill Nye (the Science Guy) is making a Netflix TV series. The series’ sole focus is to argue with various Christians around the world with scientific fact. Nye recently had a heated televised debate with Ken Hamm, a staunch believer in Creation over Evolution. Needless to say options, emotions and frustrations were the only winners in the debate and it’s a fair assumption that Nye’s TV series will follow suit.

I’ve got nothing against Nye. In fact, he is a really, really smart guy. But if he directed his IQ at researching and proving things that are actually possible to prove – instead trying to disprove people of other persuasions – he’d probably find he’d develop a better legacy.

What’s really ‘funny’ is that a belief in the unknown is something I am not particularly made for. I love rationality. I’ll be the first person to poo-poo the ideas of an optimist by pointing out the obvious flaws in their over-zealots positivity. So it’s frankly a miracle in itself that I believe so strongly in something I cannot see.

But that’s where my minds’ eye comes in. We’re encouraged as we grow to educate ourselves on fact based on the evidence presented to us. But what if some of the evidence had to be viewed differently to be seen, let alone understand?

I believe that the spiritual dimension of our existence is just as real as the natural. But proving one with evidence from the other is always going to be unstuck. How can you prove than an apple tree is an apple tree based only on the fruit from a tree in another field? Not possible. You’d need fruit from the tree in question to know if it was indeed an apple tree. In the same way, how can the scientific community be so adamantly concluded that there is no spiritual realm is beyond me. I understand that, to them, there is no natural evidence. But that doesn’t mean that there isn’t something beyond the natural.

I don’t think there is any point in continuing the argument on my blog. But at least I have made stance known.

I’m not sure I agree with everything in this video, but here is a little taste that perhaps suggests that there is power in the unseen. The video claims to prove the existence of God. While I believe in the existence of God – I don’t think this video proves it. That all being said, there are some really good points for evidence in the supernatural. That and the power of words, which incidentally, can’t be seen either.

The unknown is now known, and he’s calling for a radical life-change.