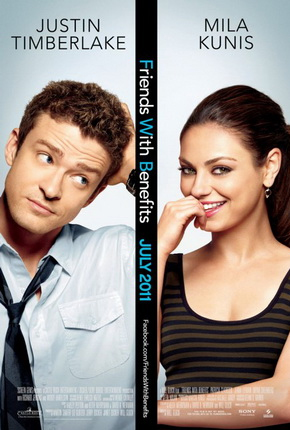 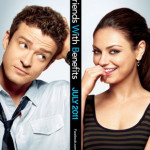 I’m still not sure where I stand on this one. It was a funny Rom-Com and there were some classic moments in it. Unfortunately, the trailer had been played so many times, the funniest jokes were yesterday’s news to me.

One thing that was decidedly obvious in this one was the constant Sony advertising! I’m not anti-Sony or anything. I think my entire entertainment system is Sonyfied, but this had a LOT of over the top advertising. PS3, Vaio’s, TV’s, Sony Ericson’s – in fact I was amazed to see that there was an iPad in it (although I’m sure they would probably tell me it wasn’t an iPad, it was a generic tablet). And to be fair the iPad was the butt end of the joke in that particular Bible App scene.

Aside from the mass-overadvertising, it was enjoyable. Classic romantic story, guy meets girl, neither want the complications of a relationship and so they go for “friends with benefits” and then end up…. well you know. I don’t want to spoil it.

As the name suggests there is a LOT of sex in this film. To be fair, I don’t think you see anything but there’s a whole lot of implications that maybe were a bit too much. Certainly more than I’d seen in a RomCom before. Not really a kids film unless you have the FF button handy. But those scenes aside, not a bad flick.

The plot is not to predictable, and the relationship between Hollywood and The Big Apple is quite an interesting thing to watch. LA with its beaches and space and NY with it’s skyscrapers and busyness. This adds to the characters and brings a nice added element to the storyline.

Good acting, good plot and also, the gay guy is brilliant. Along with Shaun White. Thanks to those two, the film nearly gets a four. ★★★☆☆