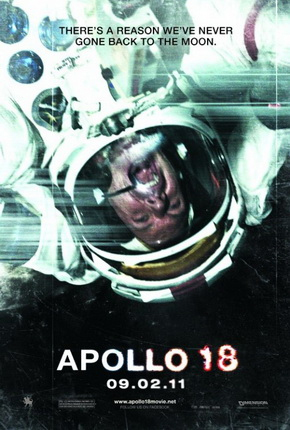 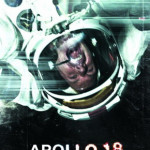 Based on the background information that the Apollo 18 mission to the moon was cancelled by the Americans in 1974, this film, shot in mockumentary style proposes the rumour that the mission did take place. The tagline to film being “there’s a reason we’ve never been back to the moon”.

To be honest, I was surprised at how clever the film ended up being. And by that I mean, there is a central conspiracy that does have factual basis. Explaining it without spoilers may be slightly tricky, but if you are interested in finding out, maybe do a little research about space gifts here.

The film starts off by explaining that while, for the last 40 years or so, it was believed that the Apollo 18 mission to the moon was canned – suddenly a whole load of footage has been discovered that suggests otherwise. This footage is supposedly leaked here  at lunartruth.com. Amazingly the site is either too overloaded or perhaps “taken down” for “legal” reasons. The film is mixed from the footage that can supposedly be seen at this website.

All in all, a good film. Shot in true Cloverfield-style and containing all the horror and scream factors you would want from an alien-suspense-mockumentary-conspiracy film. I would rate this a 3.5 out of 5. I’m not a fan of horror (and the trailer for “Don’t be afraid of the Dark” nearly made me wet myself), but this film was very cleverly produced. Although don’t hold your breath for a classic alien concept. We’re not talking incredible species here. ★★★☆☆

I would say that if you aren’t a fan of scary films, you may be best just reading the synopsis on wikipedia and watching some classic scenes (that will inevitably wind up on Youtube in the not-to-distant-future). However, if you can stomach it, this is a very cool sci-fi concept.

Not to belittle my summary there, but it is also worth noting the high levels of online activity regarding NASA conspiracy theories…

Even though it’s obvious that the footage is fake, as is the website (you only need to go as far as IMDB to discover that much), there is a huge speculation surrounding the final missions to outer-space.

Rumour has it that not only Apollo 18 reached further than the drawing-board but also 19 and 20. All you have to do is Google Apollo 18 truth to get a glimpse of the levels of conspiracy here. And I have to say, although the film was clearly just a film, it does present some interesting theories behind hidden space travel.

It’s probably not alien rocks that are the culprits, but it would be interesting to know what NASA does about its later manned missions into the stars.