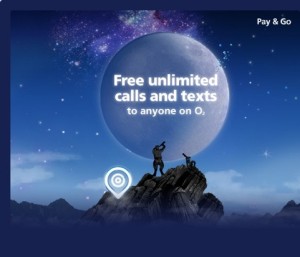 There is something magical about the prospect of an unlimited deal. Whether its unlimited Pepsi refills at Harvester or unlimited data (ha!) from your mobile network. The possibilities are unlimited. Literally. Except are they?

Since the iPhone 4 (2010), the UK phone markets have decided to move the goalposts that they had used to originally sell us their services. Seems a bit twisted. They get around it by stating a fair-use policy. I remember this started way before then though.

When me and Becky were long-distance dating, our phone networks first introduced the unlimited contracts. Unlimited same network minutes. Well we pushed their finite little minds every month. We’d be on the phone to each other 24/7 sometimes literally asleep on the phone to each other. Why not? It was unlimited! Except each month, along with our “fixed” bills, we’d get a lovely text from the irate networks saying we’d breached the”fair use policy”. To which we’d casually reply “don’t call it unlimited, then!”

Back in our romantic days, all we got was a metaphorical slap on the wrists and and friendly comment to “be more careful” the next month. But now, times have changed and so have the networks. Some may call it the Credit Crunch, but I call it the Giants Bullying. Sure, the big companies are nervous of going bust, but in most cases, I think that they are using it as an excuse to milk us for all we’re worth. Unlimited doesn’t mean unlimited anymore. And they’ll have an ugly excess charge waiting for you the moment you challenge them on it.

One thing is for sure. When I’m a billionaire and I offer unlimited services. I’ll make sure that it means unlimited. I will show up those phone networks, buffets and tv suppliers. But in the meantime, I think we should celebrate the companies that actually provide stuff that they advertise, instead of hiding the truth behind smallprint. Enough of the advertising ploys and cons. Let’s be upfront and real in our products.

Oh and in case you were wondering, when they say unlimited Pepsi at the harvester, you’d have to drink 23 refills to beat their fair-use policy. Good luck on that one anyone!