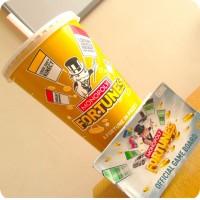 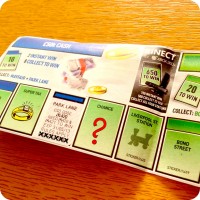 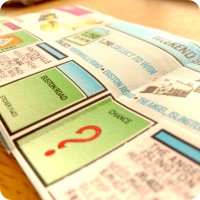 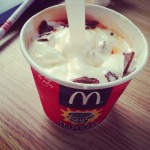 McDonalds Monopoly… A definite highlight of my year (sad I know). It’s no secret to those who know anything about me, I’m a big fan of fast food. Yes, yes I know – healthy lifestyle = longer life… But quicker food = more time to do stuff that’s important. Weak arguement, so I won’t bother going any further with that one. The main reason for this post is that McDonald’s Monopoly is back – along with the best pudding of the year – The Creme-Egg McFlurry. Any Brit will tell you – there is no greater dessert than that of the Mcflurry swirled with that thick, dense orange sauce and Cadbury chocolate shards. And since it only comes about four weeks in a year, it’s time to make the most of it. But that’s not what this post is about…

To those not familiar with the McDonalds Monopoly, you may not know how it works. Basically for each set of colours (or stations) on the game board, there is always one sticker which is the rare one. The others will be easy to find and plentiful in number. The rare ones, are the ones that mean prizes. So, using my already-full game board, I thought I would share which stickers are the ones to watch for: 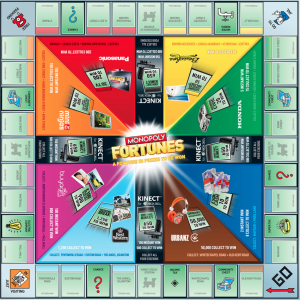 You can also win some of these by just an instant win, along with a bunch of free food etc. But I have to be honest, this year McDonald’s seem to be a lot stingy-er than normal. Chances of a useful instant win (i.e. not a useless 20% off buyagift.com when you spend £20) a slim – so count your blessings if you do get one.

So there you have it. If you find any of the above, congrats- you’ve basically won something. Now comes that cold-sweat moment where you think you threw one of those away…