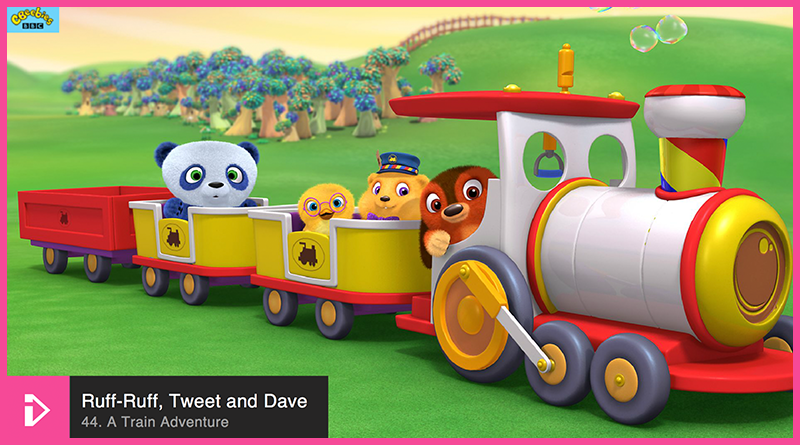 I imagine you think I’ve lost it. ANOTHER post with a kids show as the photo. Don’t worry, this has precious little to do with the awesomeness that is Ruff-Ruff, Tweet and Dave (the kids show pictured at the top of this post). But it did serve as a starting platform for this particular thought train (pun intended)….

As you can imagine, I sit through a lot of kids’ TV these days, so every now and again I get excited when they announce at the beginning the name of the episode and it’s something really cool. Like a train adventure. Much like the pictured episode above.

But, to my dismay, I was gutted to see that the whole episode centred around a train that was essentially a car with carriages. And it reminded me of the days at the beach, smaller adventure parks or Centre Parcs. You know what I mean. It’s called a ‘train’, but in reality, it’s a bus trying its best to be a train. It reminded me of how rubbish these were.

The excitement as a kid, bing told that we are going on a train, but then finding out the most exciting thing of all was missing – the tracks. I’m not sure what it is about tracks but they just make the train awesome.

Take my daughters model trains. They are fun, sure. But get the wood track out and build a layout? Then it becomes a full-days activity (for me…). I’ve built a few model railways in my time. None as good as my late Grandpa who was the king of model railways.

There is something about mapping out the route before hand, and then allowing the train to follow the tracks that is so satisfying for me. Maybe there is a physiological link there. That I like to have the plan all sorted before I chuff along it. Probably makes sense. But in all honesty, that’s not the point of this post. This post is all about trains and how awesome they are (when they are on tracks!).

And in closing this post, I want to draw everyone’s attention to this years’ LEGO Christmas set. I think everyone’s Christmas tree needs one of these…. 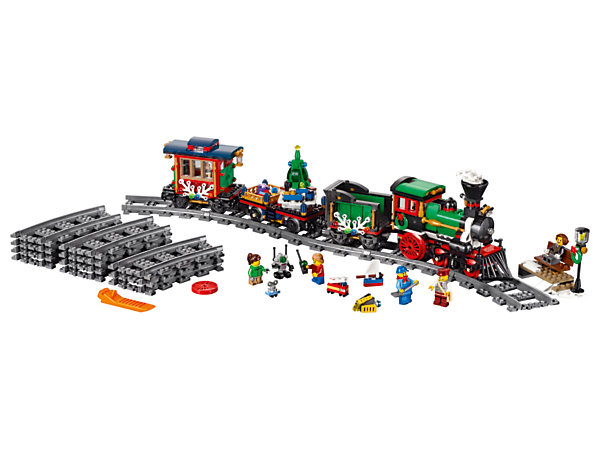