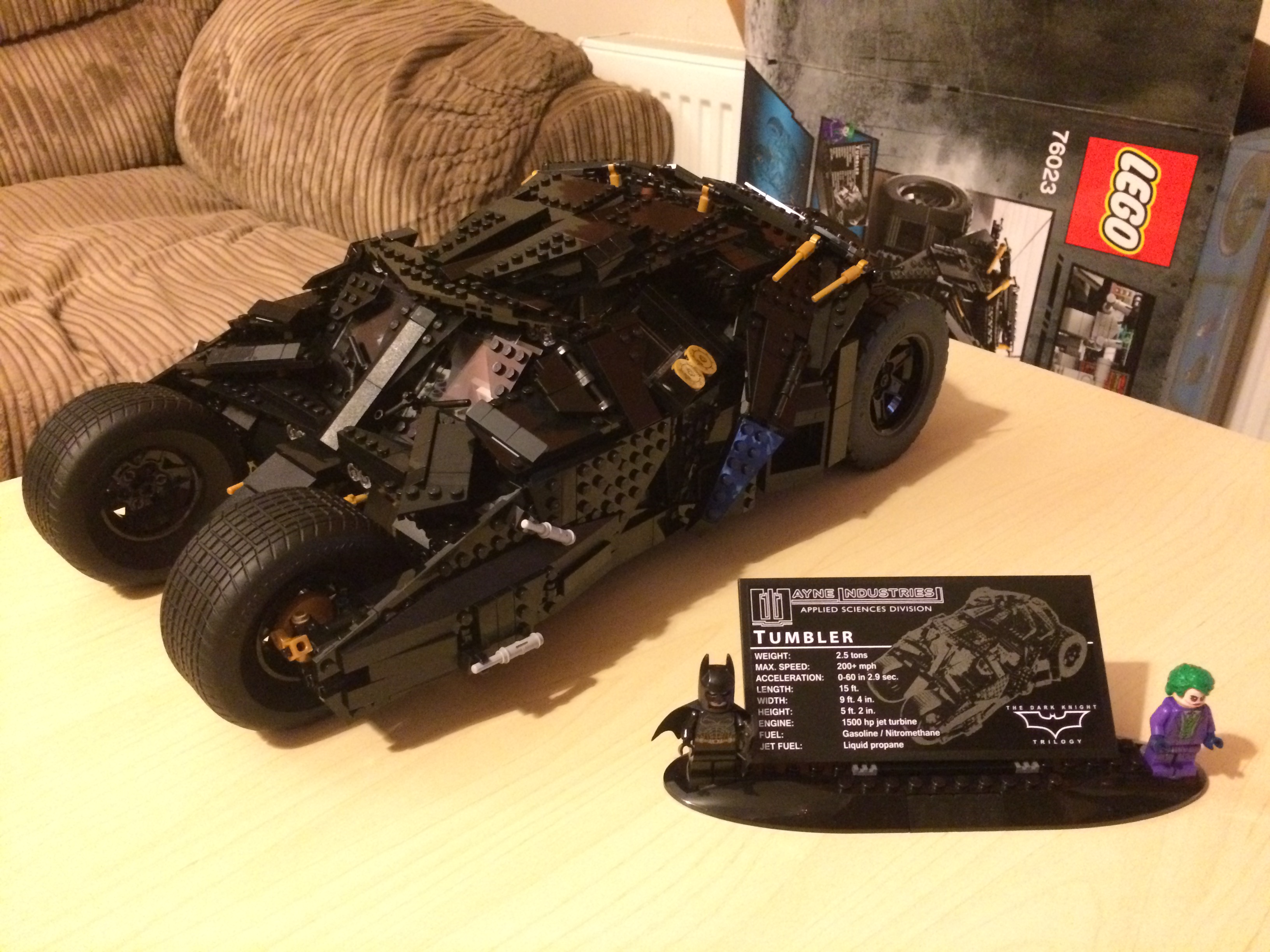 Nearly six months after receiving the precious gift of a LEGO Tumbler (Batmobile from the Dark Knoght trilogy, also known as the Bat), it was promoted from its dormant box to a full day of building. The finished product was so great that I had to get a display for it. I just didn’t have the heart to dismantle it.

This is by far the biggest and most detailed set I have ever had to privilege to build. It was the most fun I have had building a single set and the end result is simply stunning. Plus I’m loving the exclusive Batman and Joker minifigures!

And, of course, I had to record this monumental event with a stop motion build. Excuse the camera angles and see if you can spot the Angry Bird PJ bottoms – but all-in-all I’m very happy with the result.

For the video, I don’t own the music but I can proudly say I own the LEGO set. And you can do – click the image to the right to get it direct from LEGO while it’s still in stock.