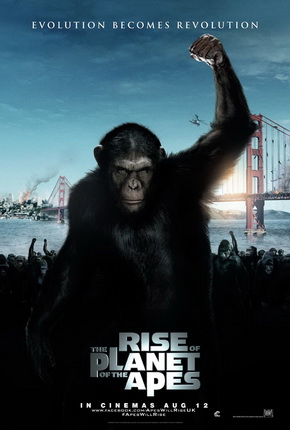 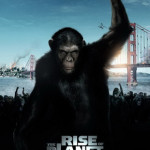 It takes a concept that was somewhat distant fantasy and makes it a bit more real. Set in a world we recognise and revolving around events that are almost believable, you can easily be pulled into the story and full appreciating the characters.

The obviously tricky task within the plot was how to make the chimps plausible as actual interactive characters without making it too ridiculously unbelievable. They seem to have achieved this well.

Having seen this film twice now, I can see classic elements that are there to set up another film (or TV show, see below) throughout the film. Look out for the news stories that run alongside the actual plot about manned trips to Mars.

Good acting from the majority of the cast and incredible graphics throughout. The only way you could tell when they weren’t using real apes was the fact that they were simply too clever.

Although this film is considered to be a complete reboot of the franchise, from my perspective the film lends itself to the 2001 remake plot, although it would need to be bridged into the either the new or the original set of films too. So however you sit on old/new preferences, this film is an enjoyable addition. So much so, that it would be interesting to see where they go from here. Rumour has it that the next stage for the Planet of the Apes franchise is to create a new Television show based around the Apes rise from this film onwards.