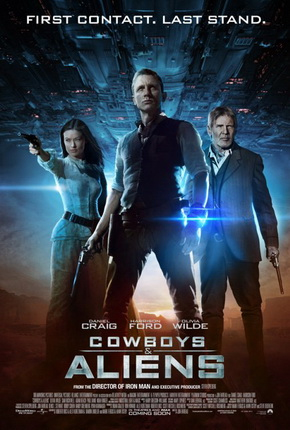 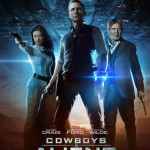 Mixed reviews. Perhaps confusing concept to some.
Possibly the unsung movie of the Summer.

Cowboys and Aliens does exactly what it says on the tin, so if you can’t buy to pretence then this film probably isn’t for you. However, if you can buy into the fact that aliens could have invaded in cowboy-times then this movie stands a good chance of entertaining you.

I liked it. Some of my close friends loved it and some hated it. So I guess this film is going to be a marmite film. Love it or hate it.

I think the graphics were well done, the directed was good and the acting brilliant. Sure, the story took a lot of imagination for me to buy into it – but once you had, it was action-packed enough to make you forget any fears.

I’m not an “Cowboys & Indians” fan, but this film didn’t depend on too much of that.
Clever concept and a good storyline.

As with most alien films this Summer, don’t get too expectant for the alien species they’ve created. Clearly a lot of thought has gone into it, but there’s just something really not scary about them.