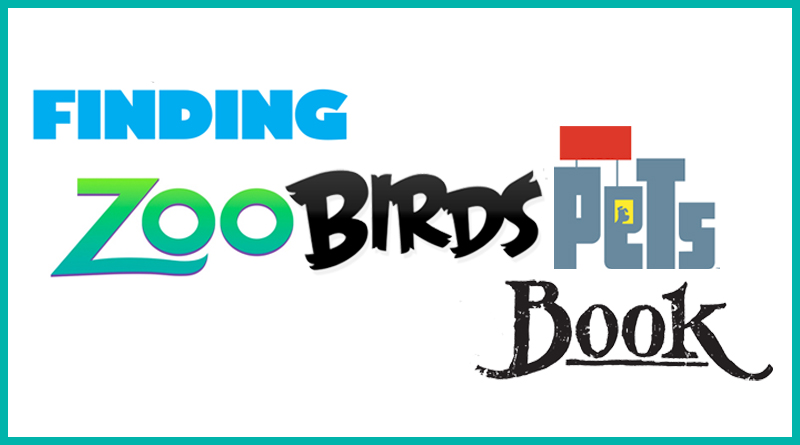 Any parent will tell you how wonderful the gift of television is. Sure it’s probably frowned upon. Yes we’re supposed to limit the amount they watch. But have you SEEN how happy it makes them to see their favourite characters on screen? It’s sheer joy. It also helps that you get a moments’ peace to collect your thoughts. Does this make me a bad parent? I hope not. I love parenting. My girls are literally my joy.

As a result, I have seen a lovely selection of kids movies over the last year or so. And I have to say – some are a lot better than others – as my kids will attest…

Finding Dory
Pixar sequel to Finding Nemo. In my daughters’ opinion and mine, better than the original. Some highly quotable lines and the introduction of some seriously awesome new characters. In fact, safe to say, all the new characters are highly memorable. Fantastic film, disappointed that I/we missed this (and all the other films to follow) in the cinema. Truly brilliant. The girls can watch this in its entirety. they’re fully entertained from start to end and there is only one mildly scary bit (the squid towards the beginning). The iTunes extra of a 2 hour loop aquarium is also fantastic.

Zootropololis
Disney pulled out the stops in 2016, and while this film hit the big-time in the States, it was largely unadvertised and promoted over here in the UK. To our detriment. The film is sensational. It’s got a fantastic premise, story and moral. Not to mention some incredible graphics and characters. Also the second of third films in 2016 that Idris Elba voices for (Finding Dory, Zootropolis, The Jungle Book). Admittedly, there are a few scary bits that I’d advise sitting through with kids – but my eldest of two is unfazed by them and LOVES the animals throughout.

The Angry Birds Movie
This film should, by all counts, be rubbish. The game was fantastic, before it’s climb to vast success. Soon after came a sequence of sequel games, spin-offs and various memorabilia that capitalised on its success. Each release being scraping further down to the bottom of the barrel and each decreasing in both quality and enjoyment. So the announcement of a feature film was largely scoffed at by fans and non-fans alike. It was my daughters’ desperate desire to see the film that caused me to sit through it with her. I suspected the worse and prepared myself accordingly. Not only was I surprised at the film being great. But I literally ended up loving it. Quite possibly one of the best films of 2016. Seriously. And 100% non-scary throughout.

The Secret Life Of Pets
When I first saw the trailer for this, over a year before its release. The film looked amazing. The concept of dogs’ lives when their owners were out sounded amazing. But slowly, as the trailers became more and more cryptic, I lost the diverse to catch-up this one at the cinema. Again, my daughter pulled me into this one. I wanted it to be amazing. But it just wasn’t. It was funny. It was entertaining. But it just wasn’t what I wanted from the film. My kids like it. Don’t love it. And there are some SERIOUSLY scary bits for a kids film. I end up having to fast forward a good 25% of the film. Maybe more. Sorry – I really wanted this one to be better. But it just wasn’t 🙁

The Jungle Book
Why re-do something that is already perfect, right? The original Jungle Book cartoon was fantastic. As a kid, it was so entertaining for me and I imagine it paid some serious role in preparing the way for the greatest film of all time (The Lion King) a few years later. So I held off watching this one. And when I did, it was for me. As I rightfully suspected, it’s a bit too scary for the kids. But as an adult film. I was pleasantly surprised. The live action was incredible. The CGI was seamless, to the point that you would believe they actually taught the animals to act and speak. Don’t underestimate this one. But probably not one for the kids. I’m a little easier with them making the live action version ion the Lion King now. But still, I’m not sure how they can improve upon perfection….