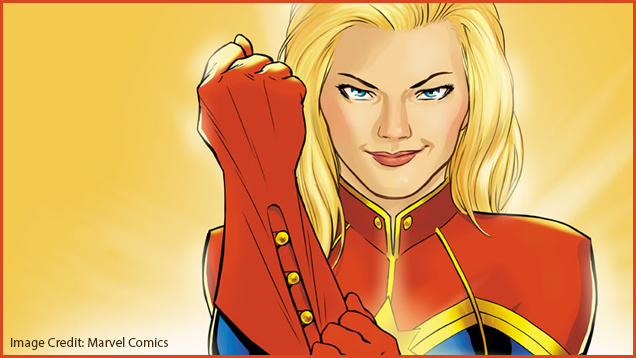 I’m one for hindsight. I obsess over a situation where I have made a wrong choice or mistake. I think over how it should have gone or focus on my ridiculous actions. But I rarely look back at the right decisions, the right choices. And that is to my detriment. So this is just that. It’s a look back at one of the best courses of action to have occurred in my life. I nearly titled this post: “Never Familiar, Never Taken For Granted”, which would be an apt description too. ‘Big Slice of Meaningful Cheese’ would probably also work.

Looking back to when I was growing up, I was never someone who was desperate to travel the world. I wasn’t one who needed to experience other cultures or achieve greatness. Sure, I always knew I’d be a millionaire (this time next year, as Del Boy would say), but there was one thing that deep-down was far more important to me. And as important as Lion King was to me – it surpassed even that…

I wasn’t aiming for fame. I wasn’t aiming for ‘success’, and I wasn’t aiming for popularity. What was particularly funny the dream I was aiming for, was that it was something that wasn’t culturally a priority for other people my age. I wanted a family. Not the kind of parent and sibling family, I had a great one of those already. No, I wanted a wife and I wanted my own family. It’s not something I’d like to talk about because it was something that would make me sound ‘desperate for a girlfriend’. I wanted a girlfriend, yes, but that wasn’t my end goal. I wanted to find my life friend. But this wasn’t something that people my age wanted. As the years went on, people would share their dreams and their plans for their lives at the time and for the future. Careers, travelling, experiences – all of it. Then they’d ask me mine. I’d shrug it off, give them some kind of phrase that they’d want to hear. But deep down all the career, travelling and experiences couldn’t fulfil the one thing I wanted.

Throughout my teen years and upwards, I was lucky enough to travel a little. I went on a holiday to Australia and several mission trips to locations varying from Nepal through to Bulgaria (and being deported from Switzerland too). So, I experienced a little bit of varying culture. I went to Uni, I worked at Sainsbury’s, I applied to all the big TV companies. So I had a career of sorts. But the culture of my peers was very much to ‘experience life’. Which I have nothing against. It’s just that the life I wanted to experience wasn’t the one they were describing. So I continued living. Continued believing that somehow, somewhere out there ‘The One’ was waiting. My best-friend-to-be.

Culture and peer groups screamed of what I should want from life. About what should be important. And I’m just thankful I didn’t listen. In fact I was good at not listening to culture. Just ask anyone who knew me. I knew nothing of relevance or culture. I always thought Backstreet Boys were a gang of kids that were always in the news. But I digress…

I would believe for the future family I would one day have. I dreamed of ‘The One’. While people would criticise me for not ‘getting on with life’ or ‘pursuing things that I can’t pursue later in life’, I just kept dreaming. Ignoring the things that didn’t interest me. It made me boring to the outside onlooker. But truth was that I would just lie in waiting. Learning and thinking about what I would need to be a better husband and father to my family. Dreaming about when that would be.

If I could time travel, back down my own timeline – I would catch myself in one of the times I was dreaming. At one of the many points when people had got me down and I doubted my desires. Future me would tell younger me ‘it’s ok’. And although it would almost certainly freak her out, I’d get onto msn and I would find my wife-to-be and I would tell her much I was going to love her. I’d tell her how she would make me the luckiest guy on the planet. How we were going to be married, have at least two stunning kids and live the life of our dreams. And I would prove to myself, that the dreams and the life I was aiming it wasn’t fickle and it wasn’t weak. It was the best thing I could ever do, because if I didn’t – I don’t know that I would have found ‘The One’.

A long story short, by my mid twenties, I had not only found my best friend for life – but I’d married her. And let me assure you, it was one of the best decisions I have ever made. She’s the most gorgeous girl I know, she’s smart, she’s patient, she’s loving and she’s my best friend.

Marriage is a funny one. To those who grew up outside of church, marriage is a celebration after you’ve been living with someone for a few years (usually at some point in your thirties). To those who are churched, marriage is all about the green light for sex. And I think both have their extreme dangers. If I’d got married for any of the cultural reasons, I think the foundation of who we are would be in jeopardy. The truth is, we are best friends that love each other more than words can say. Everything else is a bonus.

We now have a family to speak of. Two phenomenal girls. One a toddler, the other barely one month old. But over the course of the last few months, time has become the most valuable commodity of all. We are a two-daughter, one-dog family, and life has never been better… Or more tiring. Every day I fall more in love with my girls, and I voice it daily to them. They need to know how much they mean to me. But all the attention they require can sometimes pull from the one who deserves it more… the superhero I have as a wife. Her patience, perseverance and grace has been more than commendable.

I liken her to Captain Marvel (hence the photo for this post), who is one of the coolest super heroes in the Marvel Universe. My wife has the ability to do so much that she may as well be a super hero. She certainly is mine. So this is a reminder to myself, it’s a romantic dribbling, a massive thank-you and a public appreciation.

To my wife. Whatever you think, whatever you feel, know that you are without a doubt the most phenomenal mother to this family we could ever ask for. You’re patient, wise and capable. Without a doubt you are the most gorgeous girl I know and somehow you’re my wife. But, what I love the most is that you really are my best friend. I thank God we found each other, and I thank God that nothing stopped me believing that you were out there waiting for me.

You’re not just a combination of circumstances that resulted in a marriage. You are the friend I was looking for, the vision of beauty that I dreamed of and, by far, you are the love of my life.