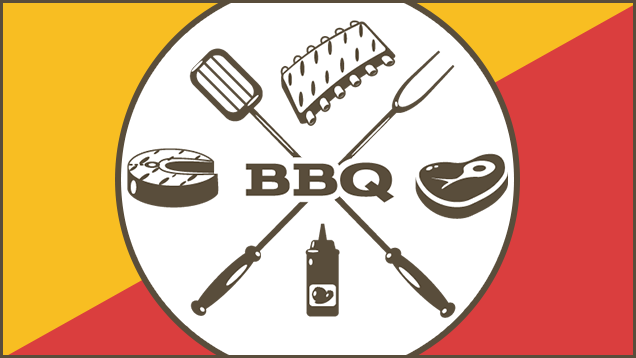 Let’s talk something of the upmost importance. Food condiments. Whether eating out, or taking away – I am now of the persuasion that no meal is complete without a dip of some sort. Whether than be to compliment the side of bread or as an integral part of the meal like nachos, dip has become one of the most important parts of my meal.

This is carried across to my daughter, who will quite happily copy me dipping my chicken nuggets in sauce, even though she dislikes the taste.

But, much like my brother-in-law felt the duty to evaluate the various Jaffa Cakes as the world’s leading expert in tangy orange cake disks (you can read his extensive reviews here), I feel the calling to do the same for that of BBQ sauce.

BBQ sauce has slowly become an essential part of the modern diet, eclipsing many of the promising up-and-coming sauces, such as Sweet-And-Sour while remaining heavy competition to the new-comers such as heavy-weight Peri-Peri…

So let’s talk the sauce. Now let’s be clear here, I’m not referring to BBQ glaze or BBQ seasoning. I am talking about the dip. You know, the chocolate coloured Ketchup, as I once had to explain to a waiter who nothing about the wonders of BBQ sauce (I have not been back since). SO let’s review this smokey goodness.

So there you have it. That’s a quick overview to the way I see the greatest sauce on earth. Some places have nailed it. Others need to perfect it a bit. But that’s coming from someone who needs their BBQ sweet with no spice. But sadly that’s not where I dip my chips.

The glorious joint winners? McDonalds and Pizza Hut. Long may your BBQ flow with your food. Mmm-mmm.