It’s been a great year from GB. Somewhere between the Queen’s jubilee and the success of hosting (and participating extremely well!!), London’s 2012 Olympic games were also a massive boost for patriotism. And it all came along at just about the right time. Things may have been bleak for the economy but we threw caution to the wind and put on (arguably) the greatest Olympics of all time. I think it was the 30th Olympic Games? Don’t quote me, but what a thirtieth celebration. especially for TeamGB, bringing in a record breaking 29 gold medals (65 medals in total), bringing us in at a worthy third position overall. For me, this Olympics has achieved what it set out to do, inspire a generation. Maybe I can’t talk for an entire generation, but I can say it’s inspired me. 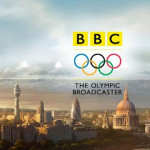 Sure, I’m not going to start marathon training or finally learn how to swim, but it has shown me how flipping much you can do with technology. Aside from the simply phenomenal coverage from the BBC through the tournament (24 HD additional channels, multiple apps and coverage of every single event), the visuals in the opening ceremony and then throughout were simply spectacular.

I’m aware that the opening ceremony was largely influenced by English film director, Danny Boyle – but still, the camerawork, live visuals and lighting were exceptional.

And I know that even the #london2012 logo has had its fair share of complaints and ridicule, but dare I say it, I think it’s grown on me. Does it still look like a monkey doing a dump, yes, some things never change. But the memories created and made through this year’s sporting events have given me some form of affection for that primate with digestive trouble – the logo we now know as the #london2012 Olympics. 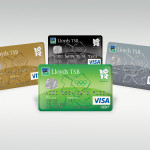 I mean from all those years ago when they started giving out the Lloyds TSB bank cards with the logo on it, I saw it everyday. It was but a blip on my radar. But after all the years of being (if I’m honest) not that fussed, it won me over. The #London2012 Olympics will honestly be a pleasant memory to me and, frankly, missed. Well done to the athletes, workers, volunteers and everyone else.

I think from here we’ve all been inspired a little in some ways. But the most important thing, above anything else, is to remember: this Olympics had James Bond escorting the Queen through London. Sorry world, but we rule. I’m proud to be British. God save the Queen.

Disclaimer: And mother always said that if I didn’t have something positive to say, don’t say anything at all. That’s why there’s no mention on the closing ceremony. Forgive and forget, eh? Good job London.