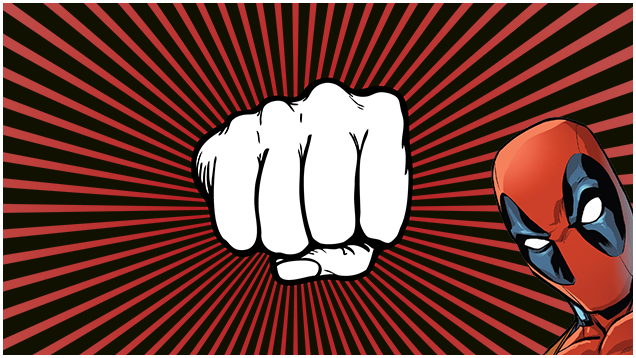 Guess what, this is one of those hindsight/epiphany posts. But it is one with slight difference. Normally these posts conclude in a feel-good moral that will leave you thinking that I’m in a better place and that I’m a really lovely human being trying his best. Spoiler alert, this may not leave you feeling the same way…

Let me start at the beginning. The beginning of this particular story sits a barrel-full of years ago. Back at the aforementioned PE lessons. You see I was never any good at PE. And that was purely through lack of trying. But it didn’t bother me. I knew where my strengths were. Church. I was good at church, which was probably just as well. Because my school life was, well it was ok, I wasn’t a bad student in the subjects that I enjoyed. But I wasn’t Mr Ace. I think I got a couple of GCSE A’s, but the majority, alongside my later qualifications were steady B’s at best. I was average. But that was ok, because I knew that I excelled at something that wasn’t going to be graded through school or college or university.

I love the God that I serve. I love Jesus. I don’t care if that’s cheese but the truth is, it’s the one truth that sticks. But the church is made up of people like me. B-grades. Some are hit higher than others, some lower, but naturally it’s not going to be perfect. But even Jesus said it like this: ‘It’s not the healthy who need a doctor, but the sick. I have not come to call the righteous, but sinners.’

But back to the story. Switch from a barrel-full of years to just a handful. My life had progressed somewhat. I was in my mid twenties and still doing the same job. I was happily married and I had completed university. I can now do that annoying thing that the rich graduates do, adding their degree title at the end of the names in emails (ha!). My graduation was sub-par, barely getting through at all actually. I was also starting to struggle as a youth leader as something else became apparent. I had been battling depression. That and a few other factors caused me to hand over the keys so-to-speak for the youth group.

That was the pivotal point. You see, I’d put stock in things that I shouldn’t have done. And that wake-up call changed my perspective muchly. Suddenly I had only two things going for me. My wife and my faith.

Those two took my focus and I learned to love them both more than I ever though possible. My family stepped from just being my best-friend-wife to also being the father of two. And the years ticked from a handful of years down to the last couple. Now only a few years back, I knew where my treasure was now, but the shadows of my former non-accomplishments still haunted me in a non-ghostly sort of way. Rather, a way that wasn’t a night but during the day, when dealing with just about anything I had to do. Time to do the accounts? ‘Only a B in maths’. Time to do something social? ‘Barely a B in social skills’. Time to be nice to french people ‘Not even a D in french’. Time to reciprocate some of the most incredible acts of friendship from people I was now struggling to even talk to? ‘Fail’.

I think that’s why I developed a mental habit for dealing with my ‘thorns’. Flashback to early childhood: I was bullied a bit in primary school. I got parents and teachers involved, but (not surprisingly) that just made it worse. But I did find a solution. The same solution I learned when I dreamt I was being chased by Raptors. Ok maybe not exactly the same solution, but it’s along the same lines. Join in. Give up. With the raptors, it was let them eat me (hey, it was only a dream, right?). With the bullies, it was joining in with them. Allowing myself to bully myself. It made both the bullies and raptors loose interest. Annoyingly, if the bullies had ever met the raptors, there would have been an whole better solution that would have been far more satisfying result. One I would still pay to watch.

But flashforward to now-ish. I had perfected the art of protecting myself. And it was easy. Don’t fight. Don’t flight. Give in and let the situation have little or no control over me. Good advice, or so I thought. But it does mean that you get boxed in. I mean, I liked living like this, it was easy! But it did result in my becoming a bit of a soppy sop. It also meant that the true feelings I had towards anything were… ummm… left brewing? With little or no break. So the solution I had found was starting to take its toll too.

Seriously, bringing in this in for an ending here. Remember what I was saying about the solution at the beginning of this post, hindsight and all that jazz? Well here’s where it gets a little confusing. What I needed was a solution to my solution. And the solution arrived via multiple messages within the space of just one day. The solution to the solution?

It’s not changing who I am, but vocalising it.

Fight. That habit to curl up and give up? Fight it. And fight the fight. At least for the things worth fighting for. I might not be the man with the muscle or the man with ‘A’ grades. But one thing I can do is lend my voice. To those who need one, to those who haven’t got one (even if the only person without a mouth is yester-me). And also because sometimes there needs to be an alternative argument. And I’m more than happy to be that mouth.

Let me be clear here – I have no desire or intention of going out for a fist-fight, something I would almost certainly loose at. I’m talking about the inside. Fighting the fears and regrets of yesterday and freeing the opinions that I have been surprising to avoid confrontation.

So this is the first step. The first speech. A new chapter for me. Lets see where this one takes me.