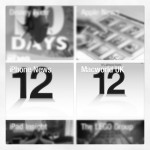 There’s no hiding it, anyone who knows me will know I’m a bit of a apprd (apple-nerd). (Good grief, the word app is half of the name Apple. Subliminal marketing right there.) Any other smart-phone users, will also know how good the Flipboard app is. Easy reading of stuff that I’m interested. It’s sort of like BBC news without all the boring credit crunch and war stuff. So you can imagine my excitement when my Flipboard photo looked a little bit like this.

That’s right, after (literally) years of waiting, we are looking at a brand new iPhone. Not an upgraded previous version, but an all-new phone. So I thought I’d take this opportunity to write about what we KNOW so far, what THINK we know so far and what you can do with your old 4’s, 4s’s and 3Gs’s….

What we know for sure. 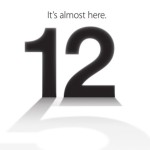 Frankly, not a lot. One thing we do know is there is a heck of a lot of rumours out there. There’s also been more leaked parts then when my dog wasn’t house-trained. But here are just a few bits of useful information.

The invite. We now know from the horse’s mouth (Apple HQ) that the press conference will take place of September 12th. This was once a rumour that was also coupled with a release date of the 21st September – but this is unlikely to be confirmed or rejected until the Apple press event in the 12th.

The invite. Each time apple releases one of these invites, the web community goes into overdrive, trying to analyse every single element of the photo. This one shows a giant 12, to which its shadow reads “5”. Above it reads: It’s almost here. 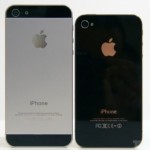 Rumour (and you would think, logic) had it that this would be name “The New iPhone”, much like the surprise name for the iPad3 – which just ended up being called “the new iPad” (no-doubt, to be referred to as the 2012 iPad in the future). But to have a giant 5 on the invite may suggest we are still looking at iPhone5 as the name. We’ve heard it said, with Apple, anything is possible.

We know for almost certain, that the new iPhone will ship with iOS6, which was shown at the iPad press conference earlier this year. It’s expected to be generally released on the 12th so that all bugs will be ironed out ready for the 5 launch (expected about a week later).

One other piece of confirmed information that may mean nothing, but is worth noting. Apple’s new, large, store in central Germany had an opening date for the 22nd of September. Late last week, all references to this launch were taken down and new ones up, with a new opening date of 20th September. Perhaps a single day before the launch. But I guess that may be over-reading it. Which leads us to…

What we think we know…

There has been record levels of “leaks” prior to this release of the iPhone 5. Literally hundreds, maybe thousands of claims that bloggers, tweeters, celebrities and factory workers had found their “piece” in the iPhone5 puzzle. Whether it be the leaked casing, battery, screen, internals, cables, headphones or even outer packaging (the list goes on), the sheer volume of items leaked this time is remarkable. Perhaps it’s a clever ploy of Apple, who will then release a completely different phone (I can’t tell you how much I’d love to see that!). 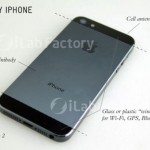 But assuming that some of these “finds” are correct. And discarding the conflicting leaks, here’s just some of the things that the iPhone5 is likely to have:

There you have my summary of what to possibly maybe expect from the iPhone 5. So let’s talk upgrades. What’s the best method and what prices are we looking at?

Apple have been quite good in the past at keeping pricing the same-ish. So assuming the new iPhone will just simply replace current one in the pricing structure, we will be looking at £499 (16GB), £599 (32GB) and £699 (64GB). But that’s the outright purchase. Knowing the phone companies, you will probably get a discounted device if you get it on a contract.

Last year, that’s what I did. Got the contract. This year, I know better. I ended up paying half the full amount for a 16GB that I filled up in a week. Then I payed too much each month. Not this time.

My first port of call is to sell my 4S. There’s many sites doing this now, so shop around. I managed to get £300 for mine. The cool thing on some sites is that you get the price from them, then it’s fixed while to send it out to them. So if you can find one that will have a grace period of 16 days (’til the 21st), then you’re onto a winner. Then you can pay about half price, buy the phone outright from the Apple store in release day and never even involve those pesky contracts.

But what about buying a new old phone? Basically don’t. At least not yet. The 4s will drop in price the moment the 5 is released, so you’ll be kicking yourself if you don’t wait another two weeks. If the price drop the 4 took when the 4s came out is anything to go by, you’ll be looking at about £100 drop. Possibly more or less. The 4 will now go even cheaper, if they don’t drop it from sale.

On that note, if you have a 3GS that is newer than one year old, since they are being discontinued, Apple stores have been instructed to issue replacement units as iPhone 4 (when they run out of 3GS ones). So maybe now is a good time to *ahem* find that the volume button “sometimes sticks”…!
Disclaimer: on your head be it. We’re jut stating facts (and a few rumors).

So there you have it. Here’s to a short queue on the 21st!! Yeah right.