15 days today. Until the most festive day of the year, that is.
And for most of us, I presume, the Christmas music will already have been on play for a good ten days or so. For me, this year has been an extra Christmas-Musicy Christmas. Challenged with the joyous task of gathering all kinds of Christmas music in the aim of producing a set of Ultimate CD’s to place around CityCoast’s building during their Carols by the Coast event. So November was a month of gathering and late November, early December was time for some serious listening.

After much deliberation, I was able to narrow the list down to four CD’s. But of those CD’s, only some the songs had really earned their place – while others were just thrown into the “It’s sort of Christmassy” category. Obviously, that’s just my opinion. And while we’re on opinion, let me take you through the top fifteen, according-to-Stephen, Christmas songs I landed on in my Festive Music travels. I started with ten, then switched to twelve but couldn’t narrow it down enough! So now you have one for each day coming up to Christmas Day…

I should point out – with reference to songs, I am talking about specific versions or recordings of songs, not just the songs themselves. 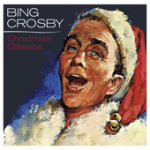 Number 15.
Little Drummer Boy/Peace on Earth – David Bowie & Bing Crosby.
A very old version of two classics. This is a brilliant version of both songs, and is (what I would call) classic Christmas music. The only let-down to this song is that you don’t really hear it enough over Christmas, therefore there is less Christmas memories that I have associated with this one. Still a great one though. 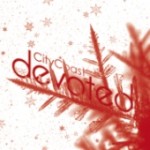 Number 14.
Joy To You – CityCoast Devoted.
Those of you that know me, will more than likely know the song. It’s a home-grown number sung by Ben Lewis, written about three or four years ago. I know it may be a selfish vote, but to me this song spells out Christmas happiness… or… obviously, joy. 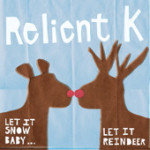 Number 13.
Have Yourself A Merry Little Christmas – Relient K.
Much like the next few, this song has so many versions that it’s very difficult to choose. You have the old-fashioned style – but for me, this new-old style is mega festive. Plus this version really does feel like a classic end to a Christmas event. By the time this version is finished, I not only feel festive, but ready to take on the world. Brilliant job boys. 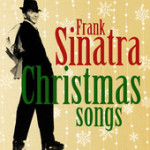 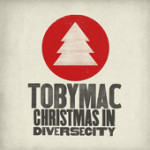 Number 11.
The First Noel – TobyMac and Owl City.
From a golden oldey to a modern adaptation. This track, realised this year, has made it to my top 15 – just shy of the top ten. Maybe partly because I love Owl City, or maybe because I do genuinely like this song or just maybe it’s the way Adam Young says the word “Starrrr”. Ha love it. Either way. Great song. very Christmassy and very happy. And adds a modern swing to my Christmas song list. 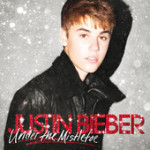 Number 10.
All I Want For Christmas is You (Superfestive) – Justin Bieber Duet with Mariah Carey.
Yes. I am aware this one may come up against some heavy criticism with all 3 people that read this post, but I like the track – what can I say? The original was great. Very festive. The new one just takes the old one and adds to it. I mean who turns down a bit of extra festive cheer? Who I ask you? And Bieber does get it ripped out of him most of the time. So why not let him have his moment? It is Christmas. And all he wants is you.

Number 9.
Sleigh Ride – Relient K.
Yes. I am aware this one may come up against some heavy criticism with all 3 people that read this post, but I like the track – what can I say? The Plenty of versions of this song and this is, by far, the best. Very festive, perfectly composed and to be frank, I love Matt Thiessen’s voice. The video is excellent as well. Have a listen/watch. It’ll definitely set you in the Christmas mood.

Number 8.
Rocking Around the Christmas Tree – Brenda Lee.
First, excuse the link, it’s the only good youtube version of it I could find. But the song is brilliant. So many Christmas memories to this song. From films to events to classic moments of my Christmas childhood years – this song really does hit the mark. 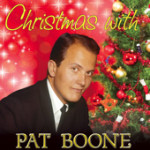 Number 7.
Winter Wonderland – Pat Boone
Again, a few versions of this, including a few modern alterations which I love too. But this one really does spell out a classic Christmas. Have the lyrics, I still haven’t a clue what’s going on, but that’s part of the fun I guess. 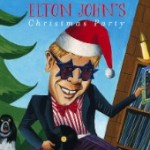 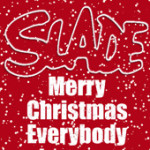 Number 4.
Merry Xmas Everybody – Slade
Known for the famous scream “It’s Christmas!”, this song is still an absolute classic for Christmas. I dare anyone to come up with a more icon Christmas tune. And by Christmas tune, I mean about Christmas. The next three have – but no-one else has since, in my opinion. 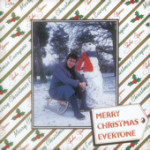 Number 3.
Merry Christmas Everyone – Shakin’ Stevens
I love this song because it is so easy to listen to and so happy. It’s Christmas wrapped up in a song. The video is a cheesy as the platter put out at dinner time on Christmas day – but I don’t judge the songs on their videos. This is a classic Christmas song for sure. 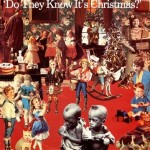 Number 2.
Do they know it’s Christmas time at all? – Band Aid (Original)
It’s a classic. It’s a reminder and it’s a Christmas song with “umph”. Sure, I know they made a new one, which had artists from today’s music scene… But for me, it’s still all about the original with this one. I mean watch the video, look at the community of stars, coming together for the first time for a cause. Love it. 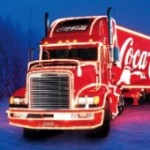 And, for me, the Number 1.
Holidays are Coming – Coca Cola
If anyone, anywhere, can show me where to buy this track – I would be extremely grateful. It is quite possibly the Christmassiest song of all time.
I know there is an original version by Melanie Thornton, but it’s just not “The Real Thing”, ha! But love this song, and the advert that goes with it. Thank-you Coca Cola.

I battled hard to make this list and had to come down heavy on some all-time classics that didn’t make the final cut, including (with their rank, had I have included them):
I Wish It Could Be Christmas Everyday, Wizzard (16),
Merry Xmas (War is over), John and Yoko (17),
Driving Home For Christmas, Chris Rea (18),
The Christmas Song, The King Cole Trio (19) and
Fairytale of New York, The Pogues (20).

That’s all from festive-town tonight. Thanks for reading.