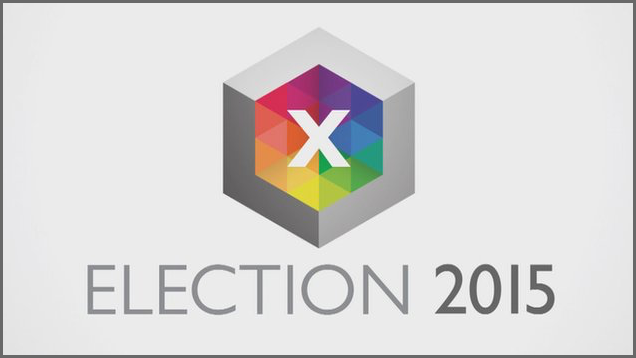 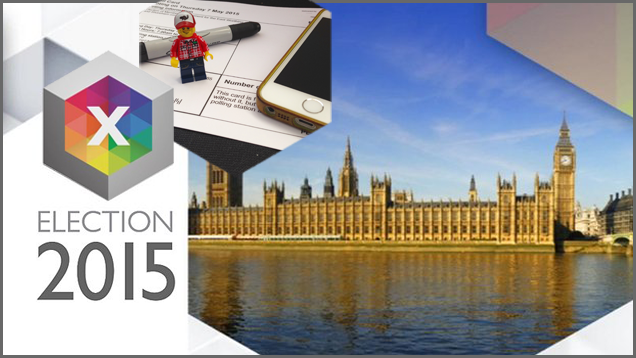 This morning saw the first chance to physically cast your vote in the UK General Election 2015. After all the debates, promotion, criticising, dancing around, begging, pleading and advertising – the various political parties can do precious little now but wait. And wait they will. And although the speedy counting will begin once the polling stations close at 10pm with a likely final result becoming apparent in the early hours of Friday – it’s pretty safe to say that the conclusion will result in another co-alition, hang or minority government. Perhaps an over generalisation on my part, but I think it’s a fair one.

I’ve cast my vote and now it’s get-on-as-usual until the BBC commentary begins this evening. With all the sleepless nights over the last few weeks, I have used my time to watch just about every televised debate, followed many campaign trails and read hundreds of articles about this General Election. I’ve even watched a documentary about the animations of televised General Elections. And safe to say, I’m still no wiser as to what half of them are talking about.

So, really, what have we learnt from this season of campaigning? Well I can’t speak for everyone – but I can say what I have learnt from this experience. And I thought I’d write a little something to my future self, when I come to vote in the NEXT General Election in 2020… So, future sholdstock, here’s five things to keep in mind…

1. UK Politics is desperately trying to catch up with technology.
Hats off to the TV companies for trying their best to accomodate the rabble of party leaders throughout a series of live debates – but I think the unorganised array of (what were essentially just) arguments across the various channels only emphasised how unsure the media is about this election. Confused and trying to not to offend, TV tried to incorporate the likes of the Scottish National Party, Plaid Cymru (Party of Wales) and the Greens (the part of Australian treehuggers) which only made the debates even more confusing to watch. Since the last Genera Election in 2010, politics in the UK have undoubtedly come under more scrutiny than ever before – forcing the main political parties to try and ‘reach out’ to their potential tech-savvy audiences. The results: hilarious social media campaigns and televised debates the cycled through the same statements at different times and on different channels. That said, I’m not sure who is responsible for the new logo for the General Election – but they deserve credit, I really like it. But in short, next time don’t expect the media to be much help when making up your mind.

2. The public get more defensive over parties than the politicians do.
Ok maybe that’s not entirely true – but I do think it’s a brilliant giggle to read through my Facebook news feed this week. Everyone promoting their party. I see the appeal, once you believe in something – you want other people to see things the way that you do. This is all well and good until two of these people meet. Meeting in person would cause a heated discussion at most – but meeting on social media is far more hazardous. Sparks fly as comment streams turn into full-fueled arguments of offensive and defensive throw-away statements to swing each others’ political views to their own. Probably quite emotional for those concerned. But highly entertaining to all those people watching the arguments unfold. So, future sholdstock, don’t bother writing your voting plans on Facebook (or whatever social media is around by then) – instead watch other people do it and enjoy the fireworks.

3. There’s a lot of big words flying around…
And I’m not convinced I know what half of them mean. I think I’m averagely intelligent. No genius, but I got decent grades and graduated university. Long words aren’t new to me. But after watching just about every debate and interview online over the last month there are some words that are flying around which appear to have been invented especially for this election. After Googling their meanings, I’m still none-the-wiser of what the politicians are talking about. The main one I m referring to is ‘austerity’. The Scottish National Party and the Welsh Party seem to love this word. In fact the SNP leader, Nicola Sturgeon uses this word to make up about 25% of her vocabulary. That’s all well and good, but when you’re trying to get our votes – a little bit of every day language would be appreciated. Especially for someone who is watching these debates in the early hours!! So, at the next election watch out for new words that have been made up to further the cause of various parties – or better still – try and make a new word up yourself before the next election and see if you can get them to use it!

4. Everything is positive. Everything is negative.
If you listen to one party, something is positive, while another says it’s negative. This year the hot potato has been immigration. One party will say that managing immigration is essential and fair – while another accuses the party of being racist and thinks we shouldn’t change the current system. Each issue wildly varies between the parties. And the thing I’m learning is that a party I may have voted for previously may now widely differ in what they are ‘aiming to tackle’ next. The truth here is that it’s impossible to stick with a single party, instead it’s a case of picking the prettiest colour that represents that party. Jokes. Seriously though, I think I’ll have the to advise that every vote needs to be judged on it’s individual basis. Just because Red is good one time, doesn’t mean it is always. Vote with your gut, not what you have voted in the past. It’s not a sports team. Remember: all parties will accuse the others of doing something evil. Only the Greens actually are.

5. Make the most of the vote
Yup, the consequences are massive from this General Election and I take voting very seriously. But my goodness, there is such a fun side to the UK Elections. Just look out for it. Last year’s European election faced a head-on clash with the selfie phase when the media desperately tried to scare people into not taking selfies in the polling stations. There’s no law to saw you can’t but heavy consequences if you happen to catch the unique voting number on the paper and/or anyone else’s vote. Other than that – I think it could be worth the thrill of it. Careful selfies are safe selfies (I found this article quite helpful). This is not a public endoresment to take photos in the polling booths – I should say. Remember, I’m writing this to my future self… But why capture this moment, why savour it? Because as of 10pm tonight the government will want nothing to do with you until the next election. So make the most of it while they appreciate you! I think, next time future sholdstock, see what you can get out of the door-knockers. Perhaps they’ll buy you a maccers for your vote. Or maybe even a break of parking fines… A missed opportunity I think here.

And remember, more than anything – it’s all about the people’s voice. Unless they’re voting green. They wouldn’t be able to get to the polling stations in time because the 20mph speed limits and all the trees they had to hug on the way.