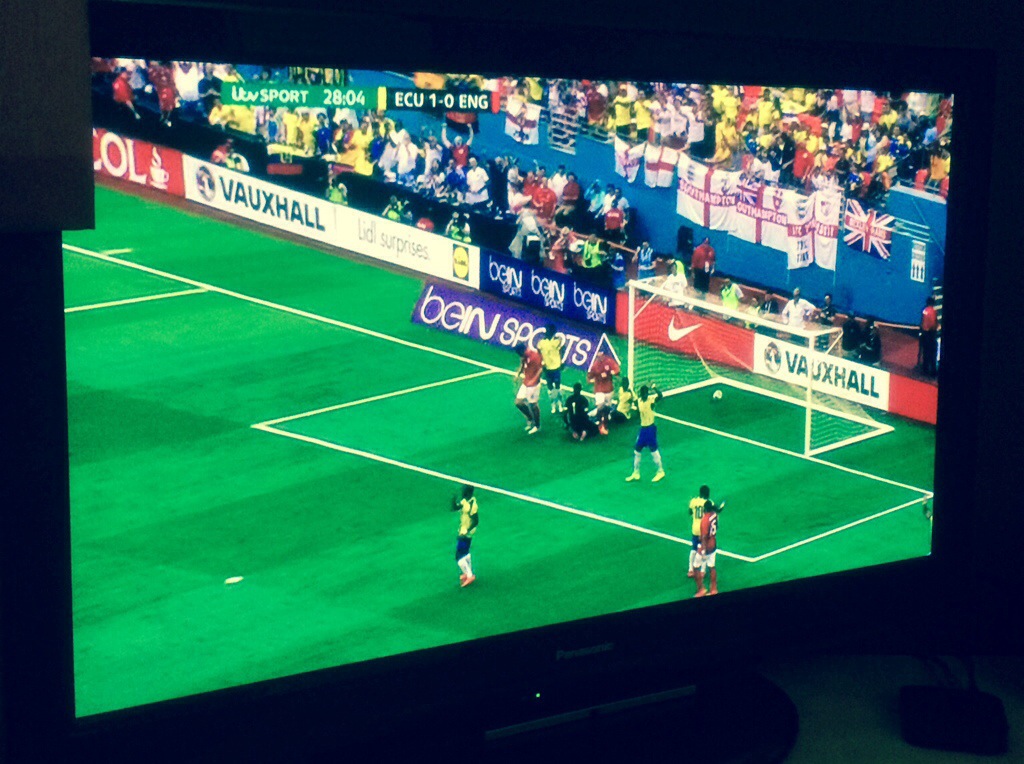 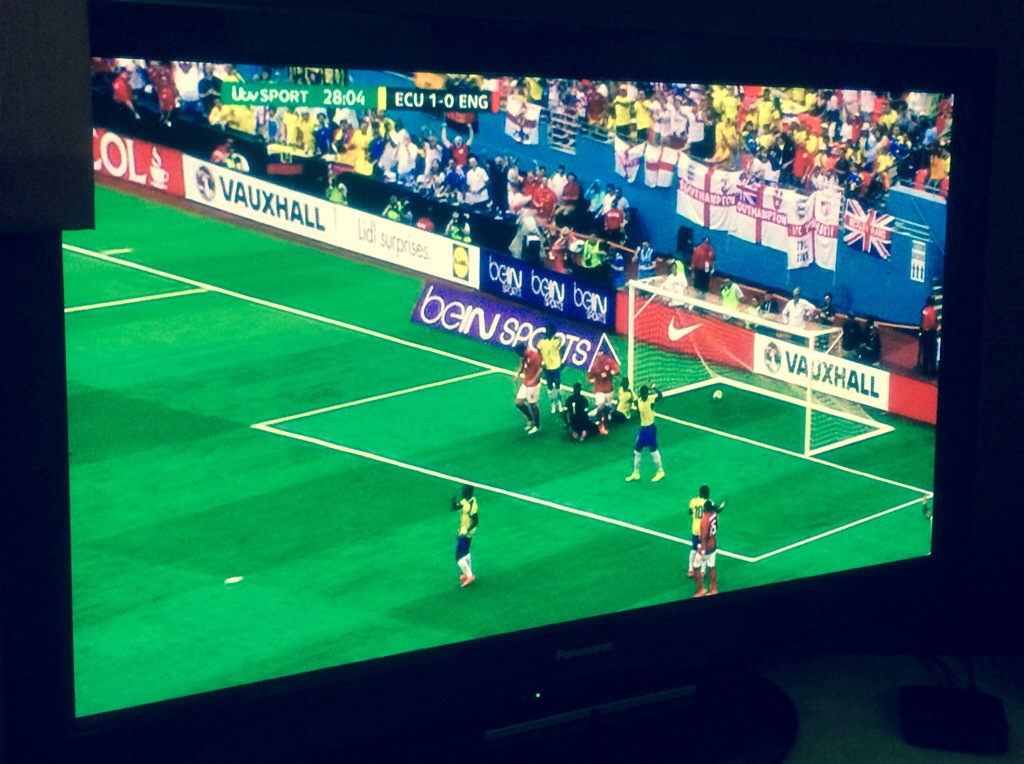 It will come as no surprise that I’m not the sporting type. I think the negative effect that PE lessons had on me successfully hammered the last nail into that coffin. To be honest, I don’t enjoy watching most sports either. I think it’s the on-going nature of annual leagues and tournaments – it seems to go on forever. Perhaps that’s a product of my poor attention-span too.

There is, of course, one major exception and that is the International cup finals. And as England brace themselves for another embarrassing performance of their football team in Brazil for the 2014 World Cup – I’m pretty excited too.

I’m writing this during one of the last England friendly matches, against Ecuador. The squad classically went down early in the game and have only just (towards the end of the first half) treated us to a questionable equaliser. They are obviously only warming up – in this game and generally.

It’s good though – gets my heart in the right beat for the classic english football gameplay, which every English fan as grown accustomed to over the many World Cups we have gloriously been destroyed in.

Prepare for many dives, red cards, own goals and last minute redemptions. England are on the way to Brazil.