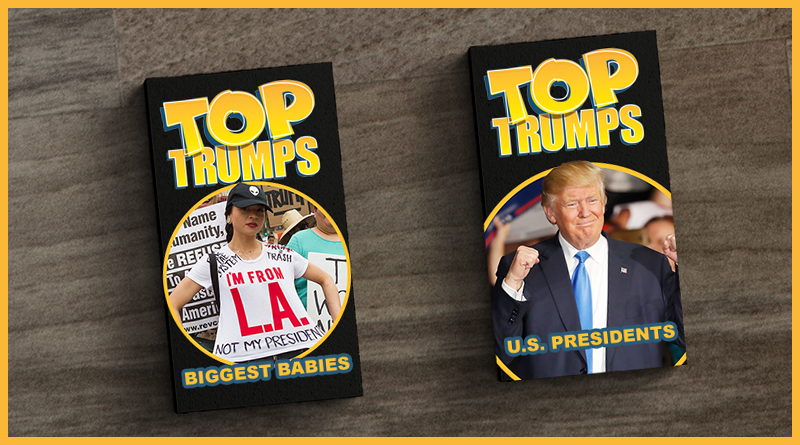 I have written and re-written this blog post no less than three times now because it has been so difficult to write with a level head. I spent a good few hours in the latter part of my birthday thinking on how to approach this. Because I do want to say something about it, but I don’t want to just fall into the trap of letting this post become a rant. And that’s key – because it’s not just a Trump vs AntiTrump issue, I’m talking about -at least from my perspective-, it’s a wider concern. A serious concern that goes way beyond, what is in reality, a relatively short Presidential Term in the grand scheme of things.

To avoid the media ‘fallout’ from Trumps inauguration yesterday was to be living in the Stone Age. Whether you ignored it, researched it or turned to apathy – it was there. While the first protesters began on the day of the ceremony, trends quickly spread around the globe yesterday as protesters joined in ‘solidarity’ (their word) with their brothers and sisters of America. The American protestors chanting (among other things): He’s not my president. Now: like him or not, there is no denying that if you are an American citizen – he is in fact your President. You don’t need to like or even agree with him – but the fact remains, that he is now the Commander and Chief. Just the fact. So protesting a point is one thing, but to bludgeon the residents of America and the news channels across the world with a plain and obvious denial of the facts shows just how hard-hitting this issue is to a lot of people…

Before I go any further, let me just say that I realise I am completely unqualified in the area of American (and English, of that matter) politics and certainly have no grounds for an option. Apart from anything else, I don’t live in America, I’m not an American citizen and I didn’t vote in the American election. And the way I see it, if you don’t meet those criteria – you don’t really have a right to ‘take a stand against Trump’. It’s just not our place! The people of America voted, and Donald Trump won the vote. That’s how it works. So, the very notion of protesting this is to actually protest democracy – and – the majority opinion of the US people. So essentially it’s a protest in favour of communism. And that’s a whole ‘nother kettle of fish. But, naturally, in order to make the story to their flavouring – that’s not the lines that the media print. They would rather draw attention to Trumps flaws and failings to try and increase their army of AntiTrumps. Because, to them, this is just about overthrowing a vicious racist dictator who has somehow reached Presidency of the Free World.

The sad and ferocious memes and news articles I have seen across my Facebook newsfeed truly concern me. They are so aggressively fighting the result that America chose. And sure, there is no doubt, the majority weren’t the loudest groups of people in America – but were the average Joes’. That’s why we hear so much anti-Trump propaganda, the loud minority of American that voted against a Trump Presidency can be heard worldwide. The actors, the TV shows, the news coverage, the famous artists and the list goes on.

But if we actually took apart the situation and looked at the causes for the concern and the deep fear that has been set in people – it comes from quotes and misquotes from a man tainted by a filter before we even hear it. How many protestors have actually heard Trump speak in person? How many have taken the full scope of his speeches in context before judging him on the snippets and soundbites that the media then loop to their own warped mentality.

And I mean, I do see the protesters point. There is heavy label and brand that has been plastered all over Donald Trump. Some of the many are racist, hot-head, under-prepared, and sometimes even facist to name a few. Yes, he’s said some bad things but, you know what? We all have. It just makes us human. And here’s the REAL truth. It’s the fact that he speaks his mind. That’s the real scary thing. Media has blown his statements out of proportion in order to fuel the fear to stop someone who has the power to revolutionise a society that has forgotten how to be real. Not politically correct. Not a shining array of perfection. Not fitting the BBC prime-time mould.

And here is where we hit the real issue. It’s not just the media here, but society that has been changed. We’re no longer a world of free-speech or free-belief. We think we are. But in actual fact we can’t actually say or think what we actually may believe. Truth is that our culture has been completely saturated by passive-agressive political correctness. And it’s finally bearing teeth. Opinions and theories that haven’t 100% been proven are suddenly considered fact, and anyone acting outside of the ‘fact’ is an extremist.

Let me put it another way. Let’s say, hypothetically, I thought homosexuality is a choice and not a inherent part of a persons DNA. I have nothing against people who practise it, but I just believed its something that could be chosen. Immediately, within the space of two sentences, I will have been branded a homophobic bigot. And that’s a problem for me. Why can’t one hold different perspectives to that of the status-quo? The very definition of a bigot (a person who is intolerant towards those holding different opinions) is perhaps the perfect description for the society that labels people as such.

Sidenote, just to clear the air, I’m not 100% sure I know where I actually stand on homosexuality. But I think I should have the right to believe what I want, when I finally find my convictions on the issue.

In fact, the very political-correct movement seems to be dictating the opinions that we are and are not allowed to believe. And having beliefs outside of these opinions results in heavy criticism, labelling and (in the most extreme cases:) punishment. For believing something different!. Let me be clear here. I’m not condoning hateful beliefs and certainly not hateful actions. That’s a different thing. But the political-correctness of 2017 will try and blur the edges of the two. Just because I don’t believe something is right, doesn’t mean I have to hate it and certainly doesn’t mean I need to ‘do something about it’.

Some people would argue that there are exceptions, and some would argue against. Love one, love all. Whereas, the argument of war to protect ones people is one that has theologians and doctorates wondering for all the years that war has existed. But that’s not what I’m talking about here. I’m talking about everyday belief. That of a simple opinion. The acceptance that someone believes something different to me and vice-versa but no hate is conjured and no action is taken. In fact, even in this environment, I think love can be portrayed.

And, perhaps, that’s the best segway in returning to the surface issue that started this post. The most important thing here is Trumps’ actions. The moment he says something in spite or hate towards an undeserving party, it’s a concern. But until then – he hasn’t done anything of the kind!

Take the big ‘wall’ issue. Let’s review what Trump has actually said about it. He wants to build a wall (keyword, WANTS, not is going to) to prevent illegal (keyword, ILLEGAL, not inclusive of LEGAL) immigration of people from the southern-most border of the USA. Not only that, but a small amount of research into his actual plan will reveal that actually it’s a temporary solution to enable a more stable and fair system is put into place. And that’s a far-cry from the ‘giant wall to keep out foreigners’ that every news cycle seems to have on loop.

This and so many more issues are just scratching the surface of the scale of spin that is being created to the media across the globe. I could go into the false photos of the inauguration turnout, the out-of-context tweets or remarks taken from Trumps entire life on screen (let’s not forget, he’s been under public scrutiny a lot longer than most politicians as a billionaire television host). But the truth is, while a lot of it is here-say and manipulated sound bites – he has also said some genuinely silly stuff. But so have all of us. And the thought of having a normal person, who actually messes up from time to time in politics is actually a nice thought.

All this to say, I think we need to make sure of our basis for argument. And, perhaps, instead of throwing a hissy-fit when we don’t get out own way (or public protesting, as the media of today call it) we should perhaps consider that just because someone has an alternative opinion – doesn’t make them wrong. Not does it undo a democratic system 45 years in the making. No matter what the BBC, Hollywood or Madonna have to say on the matter.

But before I go, let me quote a Disney rabbit who sums it all up pretty well…

“When I was a kid, I thought Zootopia was this perfect place where everyone got along and anyone could be anything. Turns out, real life is a little bit more complicated than a slogan on a bumper sticker. Real life is messy. We all have limitations. We all make mistakes. Which means―hey, glass half full!―we all have a lot in common. And the more we try to understand one another, the more exceptional each of us will be. But we have to try. So no matter what type of person you are, from the biggest elephant to our first fox, I implore you: Try. Try to make the world a better place. Look inside yourself and recognize that change starts with you. It starts with me. It starts with all of us.” – Judy Hopps